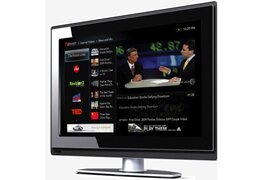 That’s what my 16-year-old said to me the other day.

“No,” I replied. “I’m not quite that old. I do remember when cable started, kinda. I remember when MTV still played mostly music videos.”

“Well,” she said, “YouTube is sort of like that for me. I watch shows on the web.”

Some of her favorites are a gal in Austin who tests product claims and recently toured the new Trader Joe’s store. (My family in Texas has been waiting for that for years! It’s one less reason I can gloat about living in California — still got the weather though.)

She also watches various gamers comment as they play games, which is a phenomenon I confess I don’t much understand. It seems similar to watching paint dry. But then I doubt my parents got why we watched music videos.

What I’ve come to realize is, not only are kids watching entertainment on different screens — tablets, phones, laptops — they are watching a radically different kind of entertainment.

I first noticed this with the “Fred” phenomenon a few years back. For those not “in the know,” Fred was an online nerdy character who basically talked in a squeaky, childlike voice about his life in short, sketch-like segments. Imagine if the characters Urkel from “Family Matters” or Screech from “Saved by the Bell” had an online forum. The YouTube channel even spawned a feature based on the character created and played by Lucas Cruikshank. It came out on disc after airing on Nickelodeon.

In one sense, my daughter is correct. YouTube and other online outlets are similar to the advent of TV. They are spawning new forms of entertainment, rather than just a way to transmit traditional formats such as feature films and episodic TV.

It makes the job of the creative community even more difficult. They have to cut through the clutter. But my hope is it will focus the attention of studios and creators on making better entertainment. That, I think, never goes out of style.