It's a Pie Contest 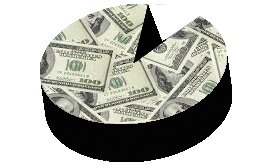 No, I’m not hungry while writing this (well, maybe a little). I’m referring to a metaphor oft talked about when the entertainment industry hits a crossroads. Each new delivery mechanism for entertainment inevitably is seen as a threat to the old order — and its piece of the revenue pie.

Television was seen as a threat to movies, but ended up growing the pie. The VCR was seen as a threat to content of all kinds, yet it gave birth to the video industry, and ended up growing the revenue pie for all content producers. At one point DVD was assailed for threatening the existing home entertainment industry, which was based on analog tapes (really!). Certain observers were concerned that the move to digital would prompt widespread piracy and kill the home entertainment industry. Instead, DVD turned out to be one of the best products ever launched by the studios, and brought in so much revenue (growing the pie) that movies got the green light in part based on projected DVD revenue.

2014 seems to be yet another round in the continuing entertainment pie contest. How that pie will be sliced — and whether it will grow yet again — is still in question.

Web delivery of content opens the pie to the biggest array of pie slicers yet, competitors with avid, and specific, fan bases. At the recent International Consumer Electronics Show, World Wrestling Entertainment announced its own Internet network.  That network includes live pay-per-view events, reality shows, original shows, documentaries, classic matches and more than 1,500 hours of VOD programming — all for $9.99 a month. It costs more than Netflix, but hey, those wrestling fans are rabid! Wrestling fans may reconsider their cable service if they can get what they want online.

But don’t count out the old guard yet. They are fighting this battle in the courts, as they did with the Betamax case that spawned the video industry. Net neutrality (meaning new upstarts such as Netflix get the upper hand) suffered a setback. The old guard won one, and is vying to control the Internet channels of the future.

But in truth there is no telling how this pie will be sliced — or if it will grow, as it has at all past crossroads. Here’s hoping that this new change will again grow the pie instead of just slicing it up in new ways. That way content producers — and creative folks — all win.