Extras: There’s an App for That 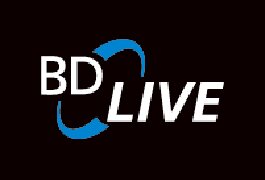 One of the initial promises of Blu-ray Disc (and indeed the failed HD DVD format as well) was that it would seamlessly combine the quality of packaged media with the limitless and malleable advantages of the Internet.

BD-Live, which often connected to a studio site, was an initial crack at this new plan to marry discs and the Internet, but it languished.

Finally, a new killer app may be emerging — and it’s, well, an app.

What BD-Live promised can be achieved with a synced movie app that connects with and controls playback of a disc on a connected Blu-ray player. Warner Home Video recently demonstrated this with its Sherlock Holmes: A Game of Shadows Movie App, which allowed disc producers to add reams of information on author Sir Arthur Conan Doyle, the history of his Sherlock Holmes character and more — all potentially syncable with the Blu-ray. The app is free and can be downloaded from the iTunes Store. It turns your iPad 2 or Kindle Fire into a controller to expand the movie-watching experience. It’s a great example of those second-screen applications that the industry is buzzing about.

The movie app allowed the disc producers to offer much more information on the background of the film than would be allowed on your typical extras disc, and it allowed the producers to created a product that is not static — it can potentially be updated, changed or expanded.

While I don’t think the movie app is yet ready to replace that kind of extras-laden release fans and collectors have come to expect with certain discs, it offers a glimpse into the future of content and into the kind of added-value information that studios may be able to produce (and perhaps monetize) in the future.

The movie app — which is BD-Live rebooted and refined — could be packaged-media’s avenue to connect to cyberspace. It’s a new format for disc producers to explore and exploit. For those who have been wondering where BD-Live went, there may be an app for that.