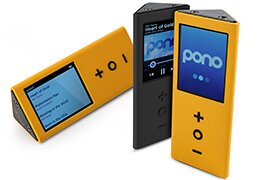 While movie and television content owners have been grappling with Netflix and other subscription services eating into their lucrative sellthrough business for at least a decade, Apple’s iTunes is starting to smart from the same phenomenon in the music business.

It’s the same old tune that has been playing out in the video industry since its inception. At the heart of the issue is whether consumers want to own content or just rent it for a bit. As any longtime observer of the video industry knows, the business has been through periods when the rental (or subscription) model was on the upswing or when the sellthrough model (notably during the DVD boom) took the upper hand.

Now Apple’s iTunes, which made hay by upsetting the traditional brick-and-mortar, physical CD sales business, is facing a challenge of its own. Reportedly, Apple is asking record labels to give them new release exclusivity, blocking availability on such streaming services as Spotify and Pandora. The reason some speculate is that folks are not buying downloads as much as they used to. Song downloads fell 12% through the first eight weeks of the year, according to data from Nielsen Soundscan. Meanwhile, streaming services are gaining, as consumers use them to listen to music on cell phones — and that isn’t primarily an Apple device anymore as consumers have increasingly taken to Androids.

In my personal experience, I know teenagers who listen to streaming music on their tablets or cell phones on a daily basis. I know home audio system aficionados who stream music throughout their home on a daily basis with high-end systems, such as Sonos. These same folks used to download songs to play on their iPods or attach an iPod to speakers for home use.

I think it’s really a question of whether consumers want to digitally own (i.e. pay for) individual songs or albums if they have temporary access to them elsewhere. Apple’s iTunes certainly has had success with exclusives, notably Beyonce’s most recent album, and that may have helped its digital sales. Now iTunes seems to be looking for similar exclusives. “Exclusive” is just another word for “window,” a tactic employed in the home entertainment business for many years to combat Netflix and other streaming services.

Meanwhile, another video industry-like déjà vu is happening in the music industry courtesy of musician Neil Young. He was at this month’s South by Southwest music festival to introduce PonoMusic, an online music store purportedly with better sound quality than that offered by digital services such as iTunes, Spotify and Pandora. Sound like HD to anyone? I remember listening to a music DVD and noticing how much better it sounded than even a CD. HD was even better. I still think digital music in general sounds tinny and devoid of color like a faded painting, so kudos to Neil Young for trying to increase the sound quality.

While the home entertainment industry doesn’t always mirror the record business, music consumption does often offer lessons from which our business can learn. The video industry might benefit from keeping an eye on the audio industry.