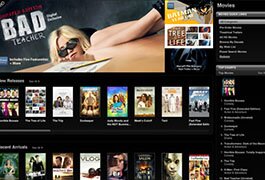 Hollywood may be hyping early availability to spur higher-margin digital movie sales, but the majority of electronic sellthrough in 2013 was for catalog titles, according to new research from The NPD Group.

“The majority of EST purchases are from titles that hit the street more than six months ago,” Justin Bailey, director of industry analysis for entertainment with NPD, wrote in a blog .

In addition, 70% of the top digital sellthrough titles were associated with franchises, including "Lord of the Rings," "The Hobbit," "Star Trek" and "Despicable Me."

Bailey said early release likely contributed to increased EST sales versus DVD or Blu-ray, but it was the "ownability" of these titles that motivated consumers to buy them rather than wait until they were available on disc or for rent.

“The most successful EST titles to date have been highly collectible, and EST buyers tend to be home entertainment enthusiasts who like to collect,” he wrote.

Meanwhile, digital sales are increasingly (46%) about movies, reversing a trend in which most electronic sellthrough centered around episodic TV programming available on iTunes.

“Looking beyond the early window, consumers are finding that digital movie ownership is a useful extension of physical ownership, not the scary unknown once believed,” Bailey wrote.