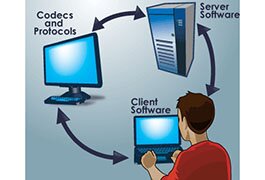 Streaming media devices from Roku, Western Digital and Google Chromecast, among others, have become go-to conduits linking U.S. household televisions to the Internet, according to new data from The NPD Group.

In Q1 there were 42 million U.S. households with a TV connected to the Internet, either via video game console, Blu-ray Disc player, streaming media player or the TV itself.

In the past 12 months, the number of U.S. homes with a TV connected to the Internet grew by 6 million.

“Consumers want devices that can deliver high-quality content to their TVs,” John Buffone, executive director of connected intelligence for NPD, said in a statement. “The increase in connected-TV and streaming media player penetration is proof that consumers are investing in solutions that can provide app-related content in the simplest, most effective way.”

In an online survey, 67% of 3,800 respondents said wireless connectivity between the device and TV was the most important function, followed by ease-of-use features, including an easy-to-use remote (65%), home screen (59%), finding an app or particular channel (51%), and the ease of finding new apps (50%).

“In some ways the TV-viewing experience consumers want has not changed, although how they receive it continues to,” Buffone said. “Consumers want easy to find, entertaining programming and a quality picture that does not buffer.”