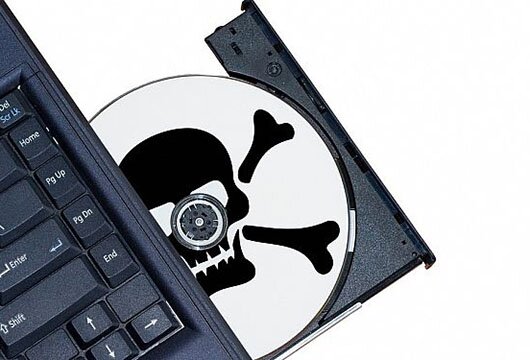 Home entertainment may be going digital, but illegal counterfeiting of DVD movies remains rampant in parts of the world, according to the Motion Picture Association of America, which outlined the findings in an Oct. 24 letter to the U.S. Trade Representative.

The USTR Sept. 26 issued a request for public comments on piracy.

“Robust protection and enforcement of intellectual property rights both domestically and abroad are vital to ensuring the sustained growth of America’s creative industries. We are grateful for the USTR’s continued efforts to highlight the importance of global IP rights and to shine a light onto these infringing marketplaces that limit U.S. competiveness and undermine the hard work of so many American men and women,” MPAA chairman and CEO Chris Dodd said in a statement.

The MPAA characterized the following regions as “world’s most notorious” markets for pirated discs.

“In 2014, not only are piracy-friendly shopping complexes such as Galeria Pagé thriving in São Paulo, with levels of pirate product not seen for several years, but street vendors are also returning to high profile areas in that city,” read the report.

Toronto, Canada: Limited police resources to fight piracy has resulted in a boom of counterfeit DVDs being sold in local flea markets.

Beijing, China: The Hailong shopping mall in the Chinese capital is home to one of the largest markets offering bundled pirated DVDs and Blu-ray Disc titles. Shops there also sell hard drives loaded with pirated content that can be wiped clean and replenished for a nominal fee. The report said Hailong is popular with foreigners looking for deals.

Jakarta, Indonesia: The Harco Glodok market remains the largest and most active in Indonesia for counterfeit and pirated DVDs and Blu-ray Discs. The report found that local law enforcement has shown a continued lack of interest in enforcing laws against piracy.

Northern Ireland: Jonesborough Market is reportedly infamous for selling myriad counterfeit products, including optical discs. Illegal traders have become sophisticated to the point of employing counter-surveillance measures that enable them to cross over the border before authorities arrive.

Russia and Ukraine: The two countries may be at each other’s borders involved in military skirmishes, but the two former Soviet bloc countries remain brothers in arms harboring pirated DVDs.

These Ukrainian markets are still the most prominent locations for an array of counterfeit products given their sheer size of more than 20,000 kiosks each. Although there has been a decline in the number of counterfeit discs available following an increase in police raids, Russian-replicated counterfeit movies continue to be sold. These market locations, one near a major seaport and both near Russian railway terminals, attract a broad range of visitors and facilitate illicit imports from Russia. While there are signs of diminishing number of counterfeit products sold in Mayak Open Market (Donetsk) and Petrovka Open Market (Kiev) following police raids, counterfeit movies, many of which are burned on demand, continue to be sold in Mayak’s and Petrovka’s respective 40 and 20 kiosks.

Moscow: The Mutino Market is infamous for selling counterfeit products via kiosks. In some kiosks, the physical display of counterfeit product has been replaced with titles burned to order, sometimes in nearby premises which provide further challenges to successful enforcement.

Thailand: Myriad locations in and around Bangkok are known for openly selling pirated and counterfeit goods; all have been designated as “red zones” by Thailand authorities. Unfortunately, the situation failed to improve between 2011 and 2014, with many vendors openly selling counterfeit movies as well as child pornography.

Mexico: The country is home to a long list of markets selling counterfeit discs. Some 90 regional shopping areas contain over 1,000 stalls and warehouses and are responsible for approximately $1.5 million in monthly sales each. The MPAA said a significant number of these markets are owned by municipalities, despite the fact that organized crime is clearly involved in their operations.

The report said increased law enforcement has occurred within the past year, notably actions by specialized intellectual property crimes unit among the police to address infringing activity, after years of no meaningful enforcement there.

India: The Indian markets with clusters of street vendors selling pirated discs attract significant pedestrian traffic and are known for their high volume of counterfeit movies and other products.

Melbourne Man Sentenced to Year in Jail for DVD Piracy