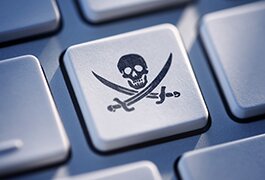 A May study conducted by research firm Gfk found that 51% of Spain’s consumers in 2013 accessed pirated content, including movies, music and video games, resulting in an annual margin loss of $1.7 billion to content holders and distributors. Indeed, 84% of all digital entertainment consumed in Spain was pirated.

More than 70% of Spaniards said they access pirated content because it’s free and easy to do, according to the report. Another 59% acknowledged there could be legal ramifications but doubt anything will happen. And 20% believe piracy has no effect on the entertainment business.

Spain remains ensnarled in an economic slump, with unemployment at a staggering 26%, tops among European Union countries. With technological advances in digital distribution, piracy remains a crime of opportunity, according to the study.

Indeed, pirated entertainment in Spain resulted in the loss of more than 25,000 jobs and 526 million euros in public money (illegal economic activity does not pay taxes, including Social Security) — up 6.4% from 2012, according to the report.

“The results obtained up to date in the fight against piracy are terribly poor,” Carlota Navarrete, managing director of La Coalición, wrote in the report.

Meanwhile, Canal Plus recently launched a subscription video-on-demand service called Yomvi (www.yomvi.com) based in Madrid. The service is offering unlimited streaming access to recent and catalog movies and TV shows for $14 a month.

The service, which is available in Spanish and English and touts a contextual recommendation software similar to Netflix, also offers new-release transactional VOD rentals beginning at 2.99 euros ($4) for standard-definition, and starting at 4.99 euros ($7) for high-definition (720p) and more for 1080p resolution.

“We encourage you to ‘train’ our system by showing it what you like best and find out about a lot of other movies and TV shows on the way,” reads a tag on the website.