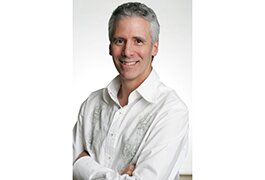 Edell was former president of DIC Entertainment and chairman of MySpace.com's corporate parent

Indie distributor Cinedigm June 9 named entertainment veteran Jeffrey Edell as its chief financial officer, replacing Adam Mizel, who remains as chief operating officer. In addition to his CFO role, Edell will be a part of the Cinedigm management committee.

Edell most-recently ran his own social media and entertainment investment firm, and, with his wife Elaine Hastings Edell, produced Taken For Ransom for Lifetime. Prior to that, he was CEO of Inferno Entertainment, a film production and foreign sales company, which produced and/or distributed features including The Kids Are All Right, Just Friends and The Grey with Liam Neeson.

Before that, Edell was president of DIC Entertainment, the largest independent producer of kid-centric content in the world. He sold DIC to Canadian Cookie Jar Entertainment in 2008. Edell was also chairman of Intermix Media, the parent company of social networking pioneer MySpace, which was sold to News Corp. (now 21st Century Fox) in 2005.

It was at DIC where Edell met Cinedigm CEO Chris McGurk, who was a board member.

"Holding a CPA and with significant private and public company experience, as well as a deep track record in accounting, reporting, M&A activities and business development, Jeff will be a great asset to Cinedigm as we continue to focus on our ambitious business objectives,” McGurk said in a statement.