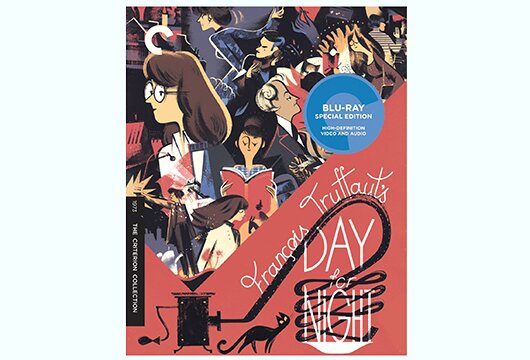 Criterion, Drama, $29.95 DVD, $39.95 Blu-ray, ‘PG.’
Stars Jacqueline Bisset, Francois Truffaut, Valentina Cortese, Jean-Pierre Aumont.
1973. Francois Truffaut’s more joyous than ever love song to filmmaking (but most of all to film crews) made an Oscar splash by winning 1973’s award for foreign film.
Extras: The fact that the film sparked a permanent rupture between onetime friends and colleagues Truffaut and Jean-Luc Godard turns out to be a kind of subtheme of the bonus section of an irresistible Criterion release. Also included are interviews from Warner’s earlier DVD release.
Read the Full Review

PBS, Documentary, $24.99 DVD, NR.
2015. A companion piece to the previously released Dick Cavett’s Watergate, this tantalizingly compelling if frustratingly limited look-back should ideally be viewed first, given all we have to come to learn about the Vietnam-Watergate direct linkage.
Read the Full Review