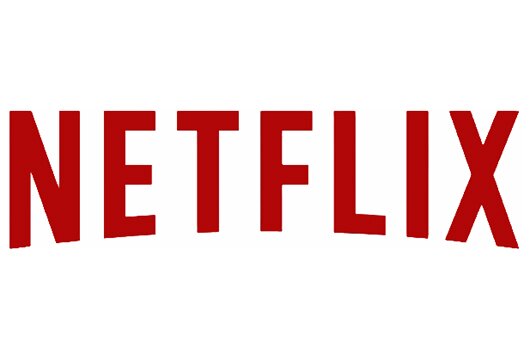 Following last month’s historic Federal Communications Commission vote in favor of reclassifying the Internet as a utility instead of an information service, a big question within home entertainment was how the order would apply to Netflix’s interconnection deals with major ISPs such as Comcast, Verizon and others.

Initial industry response to the reclassifying the Internet as a public utility was little changed from Feb. 26 when the FCC voted in favor of Title II status for the Internet under the Communications Act of 1934.

The order will now be published in the Federal Register with the ruling going into effect 60 days after publication. Expected legal challenges to the ruling could be filed at that time. Interestingly, just eight pages of the order outline the new net neutrality regulations.

So, would peering agreements, which ensure Netflix subscribers on ISPs smoother streaming video access, still be enforceable? It's a valid question, since under Paragraph 14 of the order, it states:

“Because the record overwhelmingly supports adopting rules and demonstrates that three specific practices invariably harm the open Internet — blocking, throttling, and paid prioritization — this order bans each of them, applying the same rules to both fixed and mobile broadband Internet access service.”

To the FCC, paid prioritization refers to the management of a broadband provider’s network to directly or indirectly favor some traffic over other traffic, including through use of techniques such as traffic shaping, resource reservation, or other forms of preferential traffic management, either (a) in exchange for consideration (monetary or otherwise) from a third party, or (b) to benefit an affiliated entity. (Paragraph 125)

Netflix has called interconnection deals extra tolls for streaming video on the information superhighway. But the FCC, while ruling against paid prioritization, apparently punted on interconnection.

“[This] order does not apply the open Internet rules to interconnection,” (Paragraph 30), reads the order.

The FCC said the evolving dissemination of vast amounts of video over broadband has changed the nature of Internet traffic — specifically putting greater emphasis on content distribution networks (CDNs) and direct connections between content providers such as Netflix to deliver video the last mile into subscriber homes.

“While we have more than a decade’s worth of experience with last-mile practices, we lack a similar depth of background in the Internet traffic exchange context. Thus, we find that the best approach is to watch, learn, and act as required, but not intervene now, especially not with prescriptive rules.” (Paragraph 30)

Netflix, in a statement, said the FCC order represented a step toward ensuring Americans get the Internet access they pay for, while providing streaming services  “like us … recourse from broadband monopolists demanding what the FCC called ‘unfair tolls.’”

As expected, the industry response to the FCC order was unchanged from last month’s vote.

The National Cable and Telecommunication Association, a trade group lobby, said the public release of the order revealed the government’s heightened intrusion. It seeks congressional resolution to the matter.

“[The] order only confirms our fear that the Commission has gone well beyond creating enforceable open Internet rules, and has instead instituted a regulatory regime change for the Internet that will lead to years of litigation, serious collateral consequences for consumers, and ongoing market uncertainty that will slow America’s quest to advance broadband deployment and adoption,” the NCTA said in a statement.

AT&T, which is in the midst of obtaining regulatory approval of its $48.5 billion acquisition of DirecTV, softened its initial cries for immediate legal challenges following last month’s vote.

“We are confident the issue will be resolved by bipartisan action by Congress or a future FCC, or by the courts,” the telecom operator said in a statement.

The FCC said it aims to apply a “light touch” approach to Title II regulation. This includes no unbundling of last-mile facilities, no tariffing, no rate regulation, and no cost accounting rules. The order also applies to streaming content to cellphones, iPads and other mobile devices. In fact, the commission said competition between ISPs would keep retail prices reasonable.

The commission stated it would only apply those Title II provisions found to directly further the public interest in an open Internet and improved broadband. It said the order would not result in any new federal taxes or fees. Indeed, the ability of states to impose fees on broadband is already limited by the congressional Internet tax moratorium.

The FCC did say it would make consumer privacy across the Internet a priority.

“We take this mandate seriously.” (Paragraph 53)

The FCC order also allows Chattanooga, Tenn., and Wilson, N.C., as well as many other cities in North Carolina and Tennessee, to build, expand, and partner for improved Internet access.

While the ruling extends only to communities in Tennessee and North Carolina (which had petitioned the FCC), it stands to benefit communities all over the country that want to install broadband connections at lower costs by overturning laws that create barriers to Internet networks.

“The FCC’s order is a tremendous step forward to enabling better Internet access in North Carolina, Tennessee, and ultimately the whole country,” Chris Mitchell, director of Community Broadband Networks at the Institute for Local Self-Reliance, said in a statement. “We believe this decision represents an appropriate tradeoff between local, state, and federal authority.”