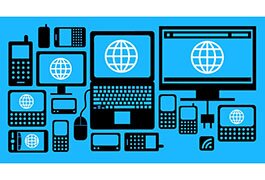 The Federal Communications Commission Feb. 26 voted 3-2, largely along political party lines, in favor of reclassifying the Internet as a utility. The ruling now makes all wireline and wireless Internet access subject to regulation under Title II of the Communications Act of 1934. More importantly, it prohibits Internet Service Providers from interfering with third-party content distribution through throttling or tiered access.

The ruling is expected to be contested in the courts by Internet Service Providers going forward. Previously, Internet services were listed as "information services" under Title I, while the reclassification considers them akin to a telecommunications company. Courts had previously struck down the FCC's attempts to regulate the Internet, prompting the latest efforts to reclassify, which took on added urgency after President Obama suggested the action in public comments late last year.

Calling the Internet the most pervasive and powerful platform on the planet, FCC chairman Tom Wheeler called the decision imperative to the Web’s evolution, which he said has replaced the functions of the telephone and post office, among others.

The Democrats on the board voted to approve the 317-page plan following last-minute revisions to the original 332-page plan, which according to several reports was modified following input from companies such as Google. The draft proposal wasn't released to the public prior to the vote.

Wheeler characterized as “nonsense” criticism of pre-vote actions by supporters of the reclassification that included allegations of secret meetings and bringing President Obama into the debate. Wheeler said more than 4 million people registered their feelings about net neutrality via online channels.

Wheeler said net neutrality is about openness, expression and absence of gatekeepers telling people “what they can do, where they can go and what they can think.”

The FCC chairman doubled down on possible ISP pushback, citing comments from a District of Columbia Circuit Court that he said included allegations broadband providers represented a “threat” to Internet openness and could act in ways that ultimately inhibit the speed and extent of future broadband deployment.

“The FCC’s strong rules banning blocking, throttling and paid prioritization will help protect innovation, economic growth, and democratic discourse in America. By keeping the costs of innovation low, the FCC protects the Internet version of the American dream. For the first time, network neutrality rules apply equally to fixed and mobile networks, ensuring that Internet users are protected no matter how they access the Internet,” van Schewick said in a statement.

She added that the agency’s decision to reclassify Internet service as a common carrier under Title II of the Communications Act puts the rules on a solid legal foundation.

However, the inevitable legal challenges could turn on a question as simple as if the FCC still has the authority to reclassify broadband companies as Title II common carriers to begin with. The commission’s original decision decades ago to classify Internet providers as information services rather than telecommunications provided the basis for subsequent legislative and judicial actions, including the Telecommunications Act of 1996. These precedents, according to some legal scholars, might make it harder for the FCC to justify the new reclassification in court, considering the understanding of a Title I classification was the underlying condition for broadband companies to invest billions of dollars to build an Internet delivery infrastructure.

Netflix, which had complained about agreements it signed with ISPs to guarantee faster connectivity for its subscribers, also praised the decision.

“Today’s order is a meaningful step toward ensuring ISPs cannot shift bad conduct upstream to where they interconnect with content providers like Netflix,” Netflix said in a statement, while also calling for further vigilance. “Net neutrality rules are only as strong as their weakest link, and it’s incumbent on the FCC to ensure these interconnection points aren’t used to end-run the principles of an open Internet.”

A Netflix spokesperson said the service is reviewing the language in the FCC order and would decide what steps, if any, it might take regarding its peering agreements with ISPs.

FCC commissioner Ajit Pai, one of the two Republicans on the board who voted against the proposal, called the plan a “monumental shift toward government control of the Internet” and a “rapid departure” from market-oriented approaches.

Speaking to Reason Magazine prior to the vote, Pai said the Internet has been a hotbed of innovation for the past two decades without the government's help, and regulating it like a utility company would impede innovation.

"Do you trust the federal government to make the Internet ecosystem more vibrant than it is today?" Pai said. "Can you think of any regulated utility like the electric company or water company that is as innovative as the Internet?"

Former FCC chairman Michael Powell agreed, calling the FCC’s action “one of the most regulatory steps in its history," according to TheWrap.com.

“The FCC has taken the overwhelming support for an open Internet and pried open the door to heavy-handed government regulation in a space celebrated for its free enterprise,” said Powell, who now serves as president and CEO of the National Cable and Telecommunications Association. “The Commission has breathed new life into the decayed telephone regulatory model and applied it to the most dynamic, free-wheeling and innovative platform in history."

Pai suggested the FCC's current approach will have the opposite effect than intended.

"There are a lot of markets where consumers want and could use more competition. That’s why since I’ve become the commissioner, I’ve focused on getting rid of some of the regulatory underbrush that stands in the way of some upstart competitors providing that alternative — streamlining local permit rules, getting more wireless infrastructure out there to give a mobile alternative, making sure we have enough spectrum in the commercial marketplace," Pai told Reason. "But these kind of Title II common carrier regulations ironically will be completely counterproductive. It’s going to sweep a lot of these smaller providers away who simply don’t have the ability to comply with all these regulations, and moreover it’s going to deter investment in broadband networks, so ironically enough, this hypothetical problem that people worry about is going to become worse because of the lack of competition."

FCC to Vote on Net Neutrality in February