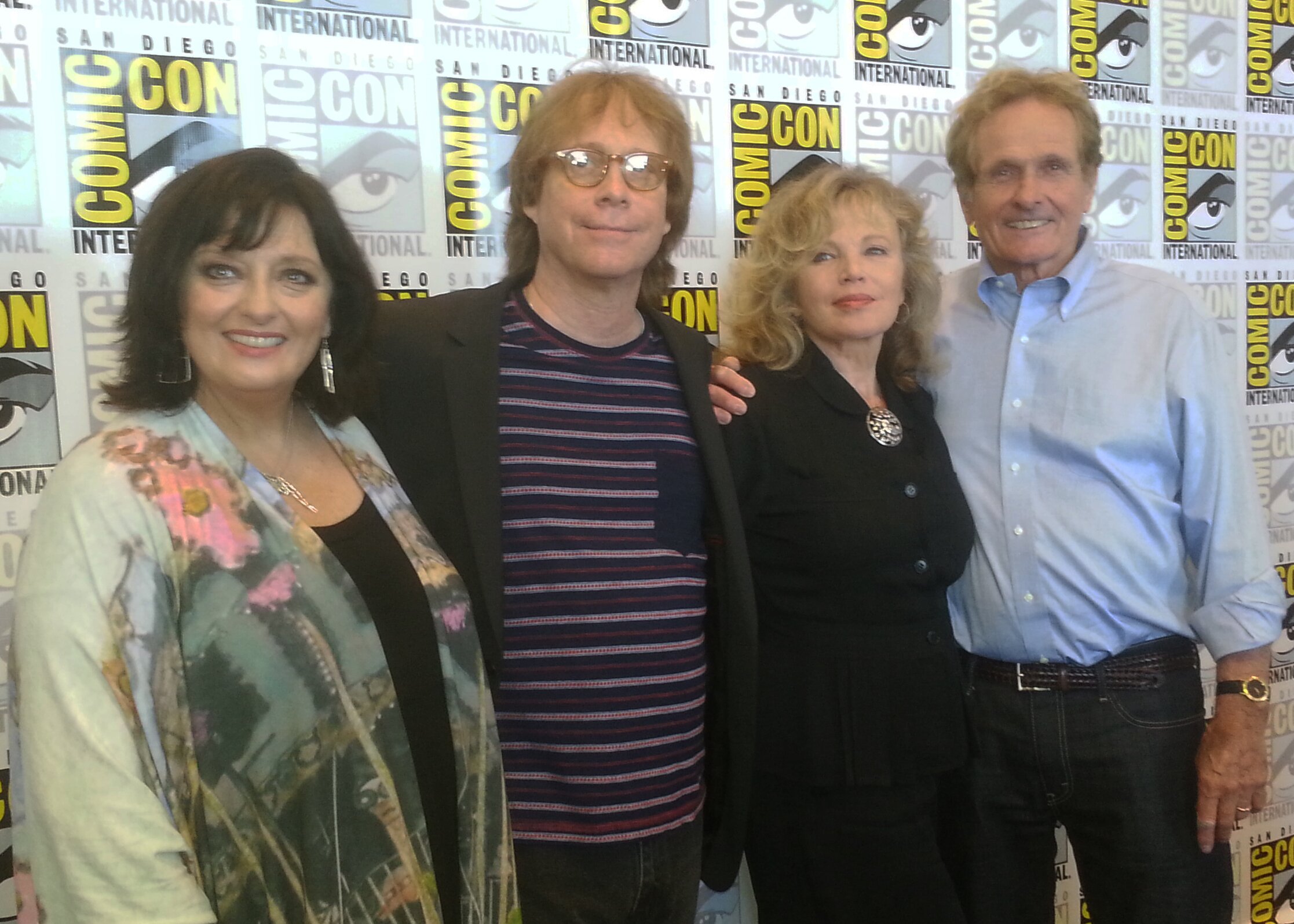 SAN DIEGO — As a young actor playing the precocious Will Robinson in the iconic sci-fi TV show “Lost in Space,” Bill Mumy said he couldn’t possibly have understood what the show would mean to him — and to fans — 50 years later.

“When you’re 12 years old, you don’t think far beyond Christmas vacation or when the next ‘Fantastic Four’ comic book is coming out, so to imagine 50 years ago that we would be together promoting ‘Lost in Space,’ I don’t think any of us could have fathomed,” he said.

There was also a time during his later music career when he didn’t want to hear the famous catchphrase from the show, “Danger Will Robinson!” coming from the audience.

But on the show’s 50th anniversary, Mumy has been instrumental in putting together a complete-series Blu-ray set, available for the first time Sept. 15 from 20th Century Fox Home Entertainment.

“Time is a bizarre river,” he said, as he prepared to make an appearance for “Lost in Space” fans July 10 at the 2015 San Diego Comic-Con International to promote the Blu-ray.

“There is just a huge amount of people that just loved this show. Who doesn’t want to last that long and not grow old?” said Cartwright, who coincidentally appeared in the Oscar-winning feature The Sound of Music, also celebrating its 50th.

Kristen, who at first rejected the offer to appear in the series, now marvels at its legacy. “It’s amazing that it became this iconic ‘60s sci-fi show,” she said.

Goddard is touched by the effect it has had on fans.

“It can be very moving,” he said. “People come up and meet you and start crying, saying how we were their adopted family because they had a difficult childhood.”

The story of a close-nit family lost in space had a good moral compass and was a program families could watch together, they said.

“A lot of that is gone now,” Cartwright said.

All four, as well as the children of the late Robinson patriarch Guy Williams, Guy Jr. and Toni, participated in newly produced extras for the release, including episode commentaries and “Lost in Space: the Epilogue,” an enhanced table reading of Bill Mumy’s unproduced 1980 sequel script.

“We got back into those characters like an old slipper,” said Cartwright.

“It just brought back all the memories,” said Kristen.

“It was a very ambitious table read,” Mumy said, hinting at some extras in the mix.

For the Blu-ray set, it was first suggested to include a scan of the script, but that idea grew into an eight-camera table read.

“To get together in character and resolve the original story was very special,” Mumy said. “Fans are going to get a little misty-eyed.”
The 18-disc set contains all 83 episodes remastered in high-definition. Mumy said he remastered episodes look “unbelievable.”

“It’s super sharp,” he said. “When we went to color, it was that very brief pop-art period of the sixties. It was a unique era, and you see it super sharp.”

Episodes also include new commentaries with the original cast.

“That material is worth the price of the Blu-ray,” Goddard said.

Despite its age, “Lost in Space,” has a look and sound (a young John Williams provided music for the show and wrote the theme tune) that lasts, Mumy said.

“The Jupiter 2 is a beautiful spaceship,” Mumy said. “I’d put it up against anything in television or film today. It’s a sleek, beautiful spaceship. The robot is a classic design, designed by the same man who created Robby the Robot for Forbidden Planet. Our costumes — you laugh about them, but they are in your mind. They’ve stuck in the id of society for half a century, so I think people will be surprised at how well the show holds up.”