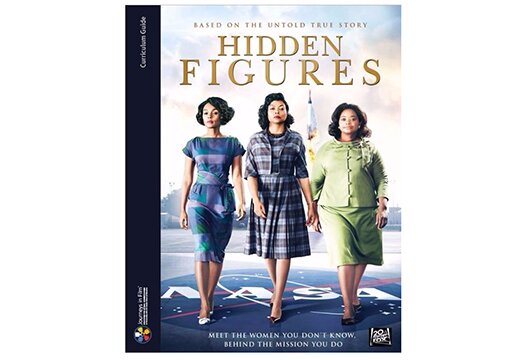 Journeys in Film, a company that creates educational programs based on movies, has collaborated with the USC Rossier School of Education and 20th Century Fox to produce a curriculum guide offering teachers interdisciplinary lesson plans based on the film Hidden Figures.

The film, recently released on DVD and Blu-ray, tells the story of a group of black women who worked as mathematicians for NASA in the 1960s.

Journeys in Film has prepared eight comprehensive, standards-aligned lesson plans for secondary students. These interdisciplinary lessons can be used independently or through a team approach that gives students multiple lenses through which to consider the relevant historical and contemporary issues raised by the film.

For social studies classes, the first few lessons in the guide explore the context in which the events of Hidden Figures occur: the Cold War between the United States and the Soviet Union, the pressure-filled milieu in which the women were working, the vital role served by the human computers in the space program, the costs of segregation, and the beginning of the modern civil rights movement. Math and science lessons explore scientific notation, conic sections, orbits and programming, and additional lessons analyze the film for theme and style.

Fox is offering a free copy of the DVD to U.S. High Schools. Details are available at FoxConnect.com/hiddenfiguresdvd. The curriculum guide can be downloaded for free at .