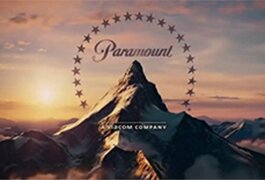 Revenue dropped 21% to $659 million due to declines in television license activity and a dearth of home entertainment releases. Theatrical revenue fell 10%.

Top home entertainment releases in the quarter included Top Five and Intersellar, compared with Jackass Presents: Bad Grandpa and The Wolf of Wall Street a year ago.

In February, Paramount Home Media Distribution announced that Universal Pictures Home Entertainment would handle international distribution for Paramount’s Blu-ray Discs and DVDs, beginning July 1 in the United Kingdom. Universal is assuming distribution of Paramount discs in other foreign territories over time. The agreement does not apply to domestic distribution.

The second quarter included revenue from Selma ($52 million) and The SpongeBob Movie: Sponge Out of Water, which has generated more than $310.7 million at the global box office since its Feb. 6 debut.