Is Sling TV Ready for Primetime? 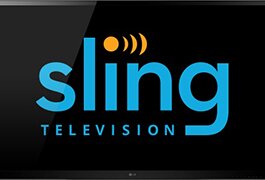 As Wisconsin and Duke April 6 met to decide college basketball’s No. 1 men’s team, the Final Four competition April 4 featuring Duke vs. Michigan State and Kentucky vs. Wisconsin proved to be a bit of a streaming challenge on Sling TV.

As a subscriber to Sling, Dish Network’s upstart over-the top video service, I relished the chance to watch online as TNT and TBS streamed most of the 64 games of March Madness.

The experience underscored OTT video’s Achilles heel, namely that the technology is not yet prepared to handle excessive demand for programming — unlike traditional linear TV.

While the Duke/Michigan State contest wasn’t really in doubt, Wisconsin playing down to the wire and beating undefeated Kentucky was a different story. And Sling wasn’t prepared.

And it wasn’t the first time I’d experienced problems with Sling — the first OTT service to offer ESPN and HBO without mandatory pay-TV subscriptions. On several occasions, the TV screen has gone blank with Sling posting the “error” message, or my favorite: “Oops, we’re working on it.”

A call to Sling’s tech support resolved the issue by having me delete and reinstall the Sling app on my Roku device. But even that remedy didn’t work Saturday night as Wisconsin pulled off one of the greatest upsets in NCAA history -- key moments of which I missed.

To ensure no repeat during Duke's impressive comeback win against the Badgers and fifth NCAA championship, I watched Monday night's game at a friend's house -- on linear TV.