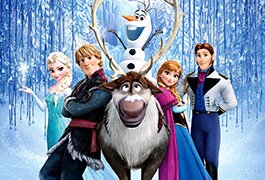 Walt Disney CEO Bob Iger said home entertainment’s scant 1% uptick in consumer spending in 2013, driven by increases in digital distribution, is a positive trend that shouldn’t be heralded as a game saver just yet.

“We’ve been bullish about digital … because we have a brand advantage there by creating destinations on digital platforms,” Iger said.

That said, the CEO cautioned that packaged media’s 13% sales decline in 2013 wasn’t completely offset by electronic sellthrough’s 50% surge due to the latter’s significantly smaller sales base.

“I think it’s still early in terms of just how significant that all could be,” Iger said. “The bottom line is that we are making movies that we believe stand a better chance of doing well in the [retail] markets than the non-branded, non-franchise movies, particularly movies that are directed at families.”

Indeed, Iger said LucasFilm's highly-anticipated Star Wars: Episode VII theatrical release on Dec. 18, 2015, is shaping up to be the studio's biggest release ever. The film begins shooting in May.

Revenue increased 23% to $1.9 billion on the strength of theatrical releases Frozen and Marvel's Thor: The Dark World, compared with Wreck-It Ralph and no Marvel movies in the prior-year quarter.

Disney said the increase in domestic home entertainment contribution was partially offset by lower unit sales. The decrease in marketing costs was due to fewer significant releases in the current quarter.

The operating income increase in TV/SVOD distribution was due to higher international sales in the current quarter, partially offset by a decrease in SVOD revenues due to a domestic sale of library titles in the prior-year quarter.

China’s You On Demand Gets Disney Movies