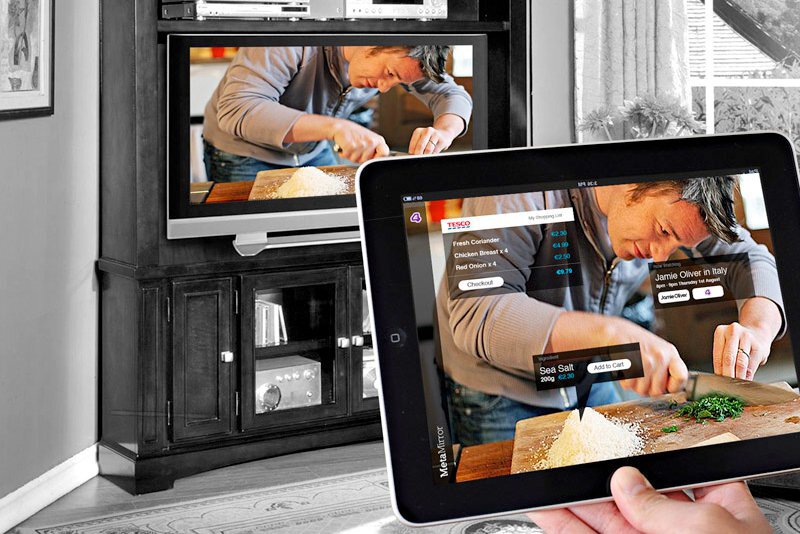 The second-screen method of accessing content on laptops, smartphones, PCs and tablets related to programming viewed on the television is a phenomenon that is becoming a permanent to the in-home entertainment experience, according to TV show creators and producers.

In the second part of the study released Jan. 27 by The National Association of Television Program Executives (NATPE) and the Consumer Electronics Association (CEA), nearly all survey participants view second screen as an inevitable part of the future, and see tremendous potential in content designed for synchronous viewing, the simultaneous usage of both a primary screen and second device, as well as asynchronous viewing.

Additionally, survey respondents found that the second screen enhances the viewing experience in a number of ways. Specifically, by building social currency among viewers; making viewers feel special; bringing about a deeper experience with the primary content; creating a shared viewing experience and sense of community among fans; and maintaining a show’s relevance by offering viewers a platform to continue to interact and talk about the program, even when it’s not on the air.

Key challenges to successful second-screen immersion included there not being enough time, talent or funding during production to give second screen the proper attention. Also, showrunners say real-time viewing on both screens will pull attention from the primary content, leaving viewers with a disjointed experience, which could hurt the brand.

The report found that producers and creators don’t want viewers to neglect first-screen material to create second-screen content if it’s not going to be truly complementary — and not just promotional — particularly as they seek ways to monetize the second-screen experience.

The majority of producers said current examples of effective second-screen executions for TV shows, included “The Walking Dead,” “The Office” and “Scandal.”

“The results of this research offer a truly groundbreaking look at the opportunities and challenges we face with the second-screen phenomenon,” NATPE CEO Rod Perth said in a statement. “This research offers great insight into the value of program brands and how to sustain them before, during and after they air, which ultimately benefits both advertisers and consumers.”

Part one of the study, released earlier this month, found nearly all (91%) second-screen viewers access asynchronous program content, yet only 42% have tried synchronizing their content experience to live TV.

The majority (72%) of consumers who access synchronized second-screen content say it is appropriate only for certain kinds of programming, including sports, reality shows and news.

A Second Opinion on Second Screen