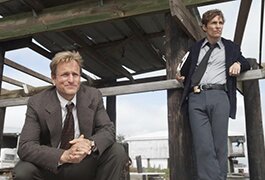 Many viewers tuning in online to the March 9 season finale of critically-acclaimed Southern noire series “True Detective,” starring Woody Harrelson and Oscar-winner Matthew McConaughey, were instead subjected to an endless spinning wheel and error message.

HBO is one of the few content distributors that allows authenticated viewers online access to live and recorded programming, which it does via the HBO Go app, presenting much of the content in HD. HBO Go has become a TV Everywhere benchmark — often lauded by Netflix — for its user-friendly operability and resolution, among other features.

“True Detective” has become a new hit for HBO, generating almost 11 million viewers weekly during its eight-episode run. The premium channel claims a global subscriber base of 125 million (via third-party multichannel video program distributors), including more than 28 million in the United States, according to SNL Kagan.

In addition, adding to the pre-finale suspense, McConaughey upon accepting his March 2 Oscar for Dallas Buyers Club revealed he would not be returning for the second season of “Detective.”

It’s a problem Netflix and Amazon Prime have experienced at times — issues they often attribute to CDN shortfalls and crowded broadband traffic.

In a response on Twitter, HBO issued a boilerplate apology of sorts with few details as what actually happened: “Due to overwhelmingly popular demand for #TrueDectective, we've been made aware of an issue affecting some users. Please try again soon.”

CEO: HBO Ready to Go Direct to Consumer if Necessary