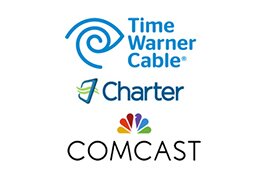 While Comcast’s proposed $45 billion acquisition of Time Warner Cable wends its way through the regulatory process, the cabler and Charter Communications named Matthew Siegel CFO of “SpinCo,” the new cable company that will be spun off from Comcast upon completion of the Comcast/TWC merger and the Comcast/Charter transactions.

Siegel is currently a SVP and treasurer at Time Warner Cable — positions he will continue to hold until completion of the merger.

“SpinCo” comes as Comcast attempts to appease federal regulators by divesting its cable footprint to no more than 30% of domestic multichannel video program distribution households. It would be comprised of 1.6 million subscribers each from Comcast and Charter.

In addition, following the close of the Comcast/TWC merger, Charter will acquire approximately 1.4 million existing TWC subs, increasing Charter’s current residential and commercial video customer base from 4.4 million to approximately 5.7 million, and making Charter the second largest cable operator in the U.S.