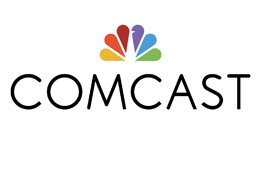 Time Warner Cable and Comcast are the two worst pay-TV companies in terms of consumer satisfaction, while DirecTV and AT&T tied for the highest marks, according to a new survey.

Comcast is in the midst of acquiring Time Warner Cable while AT&T announced over the weekend that it was acquiring DirecTV.

“Comcast and Time Warner assert their proposed merger will not reduce competition because there is little overlap in their service territories,” said David VanAmburg, director of the American Customer Satisfaction Index (ACSI), which carried out the survey. “Still, it’s a concern whenever two poor-performing service providers combine operations. ACSI data consistently shows that mergers in service industries usually result in lower customer satisfaction, at least in the short term. It’s hard to see how combining two negatives will be a positive for consumers.”

Pay-TV operators and Internet service providers overall were the two worst categories among the 43 industries that ACSI tracked.

“The Internet has been a disruptor for many industries, and subscription TV and ISPs are no exception,” said Claes Fornell, ACSI chairman and founder. “Over-the-top video services, like Netflix and Hulu, threaten subscription TV providers and also put pressure on ISP network infrastructure.

“Customers question the value proposition of both, as consumers pay for more than they need in terms of subscription TV and get less than they want in terms of Internet speeds and reliability.”

Verizon’s FiOS Internet service ranked No. 1 among ISPs, with AT&T, CenturyLink and the aggregate of other smaller broadband providers tying for second. Comcast and Time Warner Cable scored even lower for Internet services than for their TV services.