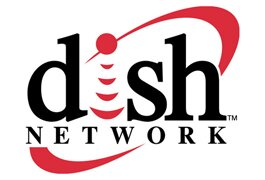 Dish Network and Blockbuster Inc. have asked a bankruptcy judge to formally extend the April 21 closing date of their $320 million auction sale transaction.

In the April 21 filing with U.S. Bankruptcy Court in New York, lawyers for the Englewood, Colo.-based satellite TV operator said they needed more time to determine which of the 1,700 Blockbuster stores and related contractual costs and fees would remain in operation.

Dish has until May 5 to close the deal, which previously had been extended to April 25. Blockbuster agreed to waive a $500,000 daily fee previously assessed to the sale when extended beyond the closing date. Dish said it would assume costs associated with continued store-based operations, including employee costs and vacations.

In court filings, Dish has listed about 575 stores it intends to keep in operation.

“I don't think that [April 21] was realistically feasible for a closing,” Stephen Karotkin, a lawyer with Weil, Gotshal & Manges LLP, told MarketWatch.