After a slow start to the second quarter, retailers weren’t going to let Quentin Tarantino’s Django Unchained go by without some attention.

In a move destined to drive collectors nuts, the big three of Walmart, Target and Best Buy all offered Django Unchained with an exclusive bonus disc of content.

At Best Buy, which offered the bonus disc in a Blu-ray combo pack with exclusive packaging for a $2 upcharge, the extra material consisted of “Around the Globe With Django Unchained: Conversations With the Filmmakers and Cast.”

Target’s bonus disc came in the chain’s exclusive steelbook version of the BD combo pack, and included highlights of the cast at the 2012 San Diego Comic-Con International.

Also at Target, its DVD copies of Shout! Factory’s A Monster in Paris came with a digital copy of the animated film. 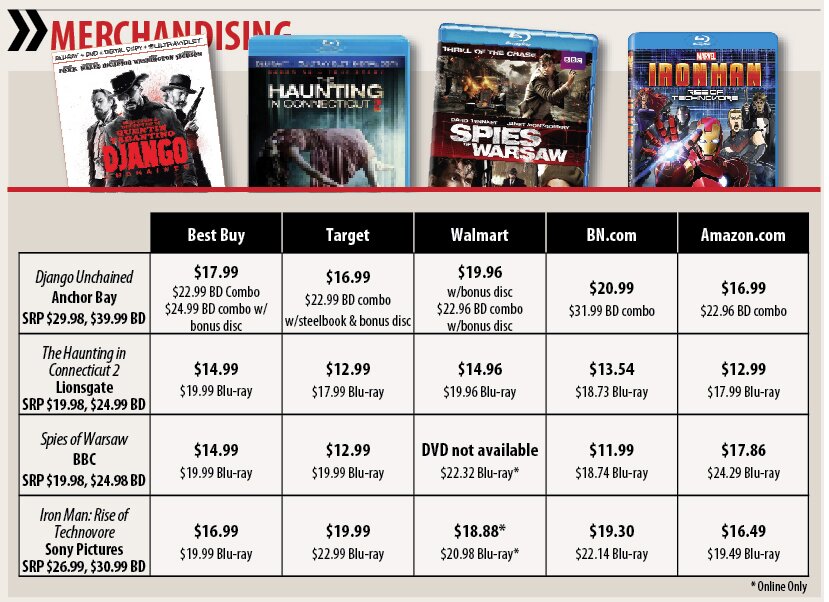