A Path to Retail 'Oblivion'

The latest new release causing retailers to line up their own exclusive editions is Universal’s sci-fi thriller Oblivion.

Target also offered special packaging for Oblivion, in the form of a slipcover with 3D lenticular artwork. 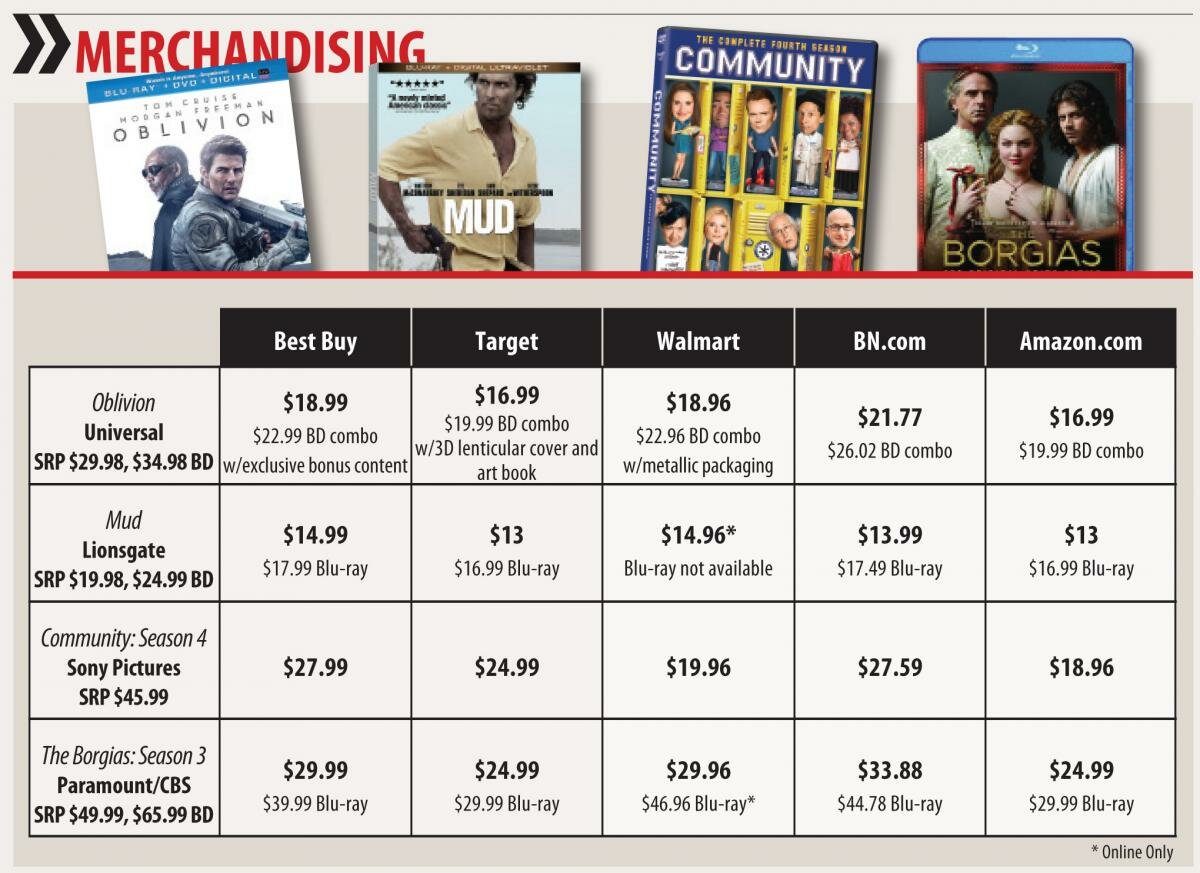