Finding 'Heat' at the 'Rim' 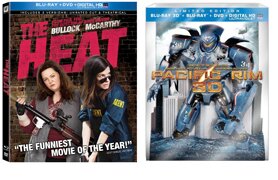 For the new releases of Oct. 15, most stores gave extra attention to the week’s major titles while practically ignoring everything else.

For Fox’s The Heat, Target tied its exclusive to its new Target Ticket streaming service, offering a downloadable digital featurette.

Walmart also offered a digital extra with The Heat DVD, in the form of a Vudu digital copy of All About Steve.

For Warner’s Pacific Rim, Walmart a version of the non-3D BD combo pack with special box art and a “History of Jaegers” featurette.

Strangely, Target’s website didn’t offer the DVD or Blu-ray of the Kevin Hart: Let Me Explain stand-up comedy movie, even though DVD copies were on shelves with a Target Ticket promotional sticker.

Target’s website also didn’t offer Universal’s Defiance: Season One DVD or Blu-ray despite the DVD being in its stores. 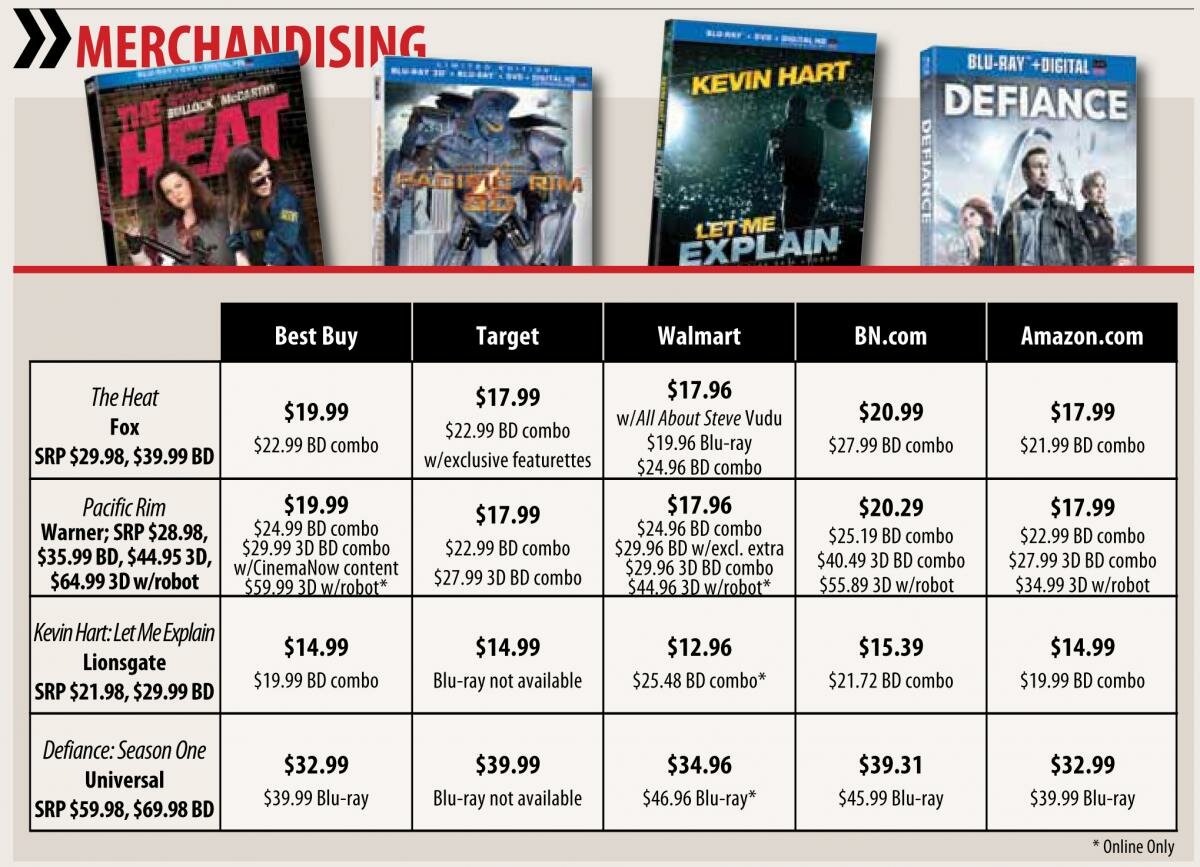