<< New on Disc: 'World Without End' and more … | Blog Home | A Salute to the Original Digital Driver: Warren Lieberfarb >>

Among the few exclusives offered for the April 18 new releases, Walmart had a deal for Universal's new Bigger Fatter Liar DVD.

The direct-to-video film is a follow-up to 2002's Big Fat Liar. Walmart offered a two-pack containing the DVDs of both films.

A gift set of Teen Titans containing a figurine was widely available, and curiously seems to have been the only Blu-ray version of the movie offered at Amazon.com upon its debut. The regular Blu-ray was relegated to second-hand Marketplace sellers. Marketplace sellers also had the Steelbook for about $40, almost three times the shelf cost at Target, where the Steelbook mostly sold out quickly.

Walmart had an early release window for Lionsgate's Isolation DVD, which is listed on Amazon as a June 20 wide release. 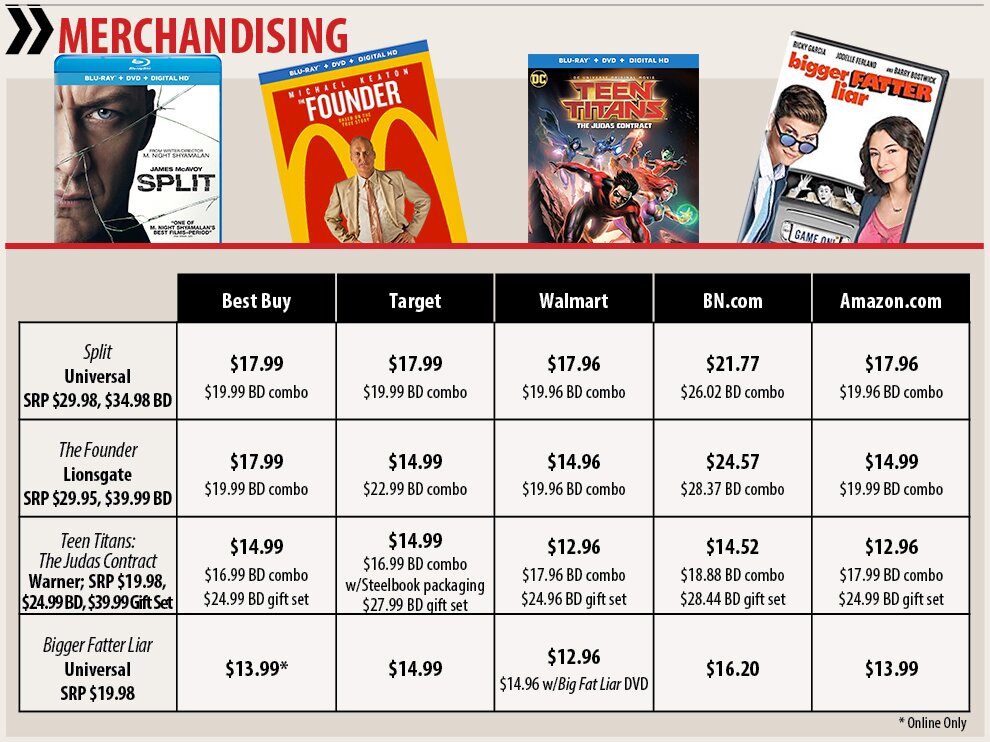