DreamWorks Animation’s How to Train Your Dragon 2 was the overwhelming choice for retail exclusives among the Nov. 11 new releases.

Walmart had the most choices for the title, offering a total of six different versions of the title. In addition to the widely available DVD, Blu-ray combo pack and 3D Blu-ray, Walmart carried a stripped-down DVD version that lacked extras, a DVD packed with a Dawn of the Dragon Racers DVD, and a Blu-ray packed with a Dragons Deep Toss Game.

Target offered the Blu-ray combo pack of Dragon 2 with an exclusive bonus disc containing two featurettes. Target also offered a $5 savings with the purchase of the Blu-ray with a Power Dragons action figure. 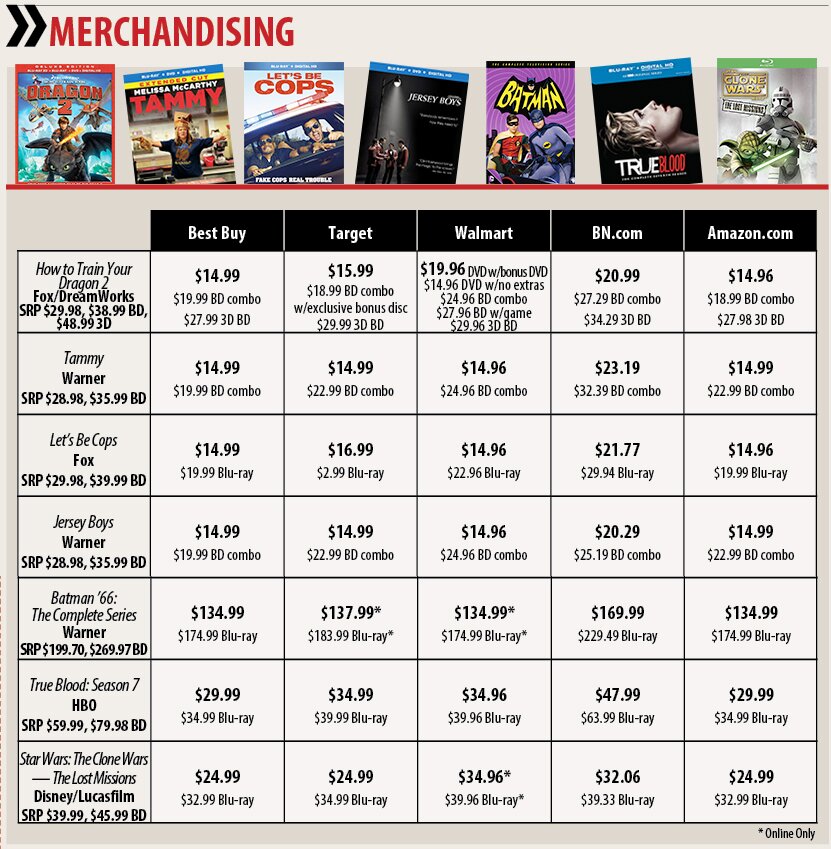