Without any major new releases May 27, most of the retail promotions centered on catalog titles and tie-ins to movies now in and coming to theaters.

Best Buy’s weekly circular featured a prominent display for X-Men: Days of Future Past in the home entertainment section, touting Fandango movie tickets and a Blu-ray preorder at BestBuy.com/XMen. Best Buy also touted several Universal Blu-rays that contained a voucher for $7.50 off a ticket through Fandango for A Million Ways to Die in the West.

In addition, Best Buy offered a $5 savings when Covert Affairs: Season Four and Suits: Season Three, both from Universal, were purchased together at $24.99 each. 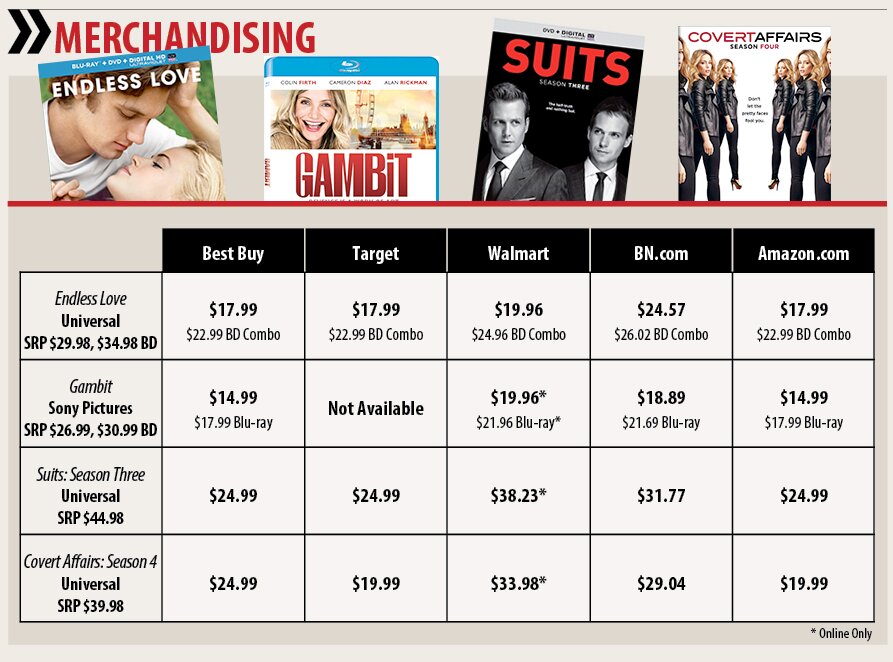