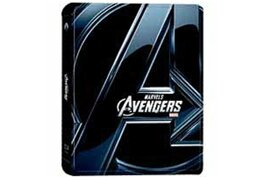 Best Buy offers a free collectible case with preorders of Disney’s The Avengers on Blu-ray, which streets Sept. 25. The case includes a $10 Sideshow Collectibles gift card.

For TV DVD buyers, Best Buy continues to offer a $10 gift card with purchase of $50 or more of TV titles on DVD or Blu-ray. In addition, Best Buy offered a $10 coupon toward the purchase of the new Grey’s Anatomy: Season Eight DVD.

Best Buy also offered an exclusive version of Warner’s Fringe: The Complete Fourth Season DVD and Blu-ray that came with a comic book for $5 more than the regular edition. Previous seasons of the show were offered at $15.99 on DVD and $21.99 on Blu-ray.