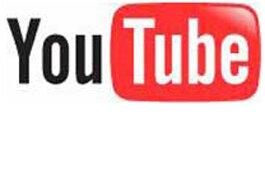 Yet, just 10.7% of videos generate revenue for the social media giant

YouTube users reportedly are streaming 4 billion videos a day — up 25% from last May.

The Google-owned social media website attributed the rise in video consumption to increased access of YouTube on mobile phones and Internet-connected televisions, according to Reuters, which cited an exclusive report. YouTube apps increasingly are included with Web-enabled media players, Blu-ray Disc players and video game consoles.

Specifically, the company said about 60 hours of video is uploaded to YouTube every minute, compared with 48 hours a minute eight months ago.

By comparison, Netflix subscribers streamed 2 billion hours of content in the fourth quarter, and Hulu said users streamed about three hours of video content in December. What’s key about those numbers is that users paid to stream the content (Netflix and Hulu Plus), or it was ad-supported (Hulu).

Indeed, YouTube said less than 11% of the videos (about 3 billion) watched per week generate revenue. The overwhelming majority of videos consumed are free user-generated content. Google said it generates $5 billion in revenue a year from banner ads placed alongside videos.

Richard Greenfield, analyst with BTIG Research in New York, said the challenge for YouTube is to increase users' average 8 minutes per day video consumption to an hour -- the amount of time Netflix subscribers streamed content each day in the fourth quarter. To do that, Greenfield said YouTube has to compel users to move away from watching videos on PCs and portable devices to the more inviting living room HDTV.

The analyst said the 24 current third-party content channels launched on YouTube is a good start, even if most do not gain much traction among consumers. To do that, Greenfield said YouTube would have to move the channels to a subscription video-on-demand (SVOD) platform -- a strategy that would imply greater value on the properties.

"Paying discretely for something inherently drives usages, not to mention far better long-form content," Greenfield wrote in a Jan. 24 .