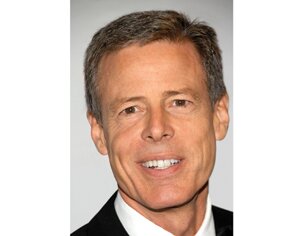 Time Warner CEO Jeffrey Bewkes has developed a reputation in recent years for not pulling punches when discussing the rise of subscription video-on-demand services spearheaded by Netflix.

Specifically, Bewkes has been critical that the rise in popularity of all-you-can-watch streaming platforms for $8 a month offer minimal margins to content holders such as Warner Bros. and Warner television. He said allowing highly-rated TV programming and box office hit movies into the SVOD channel too early negatively impacts other distribution platforms (sellthrough, pay-TV, syndication) that return much higher margins.

As a keynote speaker Dec. 6 at the UBS Global Media and Communications conference in New York, Bewkes was asked to revisit past comments about SVOD, including an infamous characterization that Netflix was like the Albanian army attempting to take over the world.

Bewkes, who admitted that he (and Warner management) have been quite “outspoken” in their views of how to get content to consumers, wryly used a recent research note reference by USB analyst Aryeh Burkhoff that the Albanian army (Netflix) had indeed taken over the world through expansion efforts in Canada, Latin America, the Caribbean, Mexico and next year in the United Kingdom and Ireland.

“Netflix is our friend. We’re partners. We sell them programming,” Bewkes said.

The CEO said SVOD services add value to consumers seeking obscure movies or catalog TV shows. He said it is not impossible that a SVOD service could have a current TV show or movie, provided they were willing to pay “a lot of money” for the license rights. He reiterated that SVOD is ideal to monetize big library collections that already have been through the higher-priced distribution windows, including pay-TV and network TV. He said serialized TV programming is an excellent fit for Netflix, Amazon Prime and Hulu Plus.

“SVOD is all good,” Bewkes said.

At a later keynote address, Netflix co-founder and CEO Reed Hastings said he enjoys Bewkes' provocative stance and comments toward Netflix and SVOD.

“I would be concerned if he wasn't talking about us,” Hastings joked.