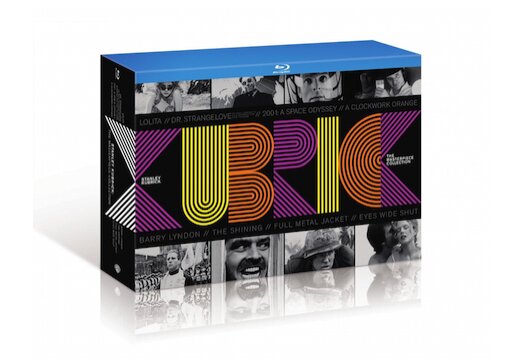 Difficult, demanding, controlling, a recluse … rumors abound about iconic director Stanley Kubrick, and documentarian Gary Khammar set out to find out the truth about the man in Kubrick Remembered, an original documentary included in a new comprehensive Blu-ray collection from Warner Home Video.

“What we hoped to do is really share the personal side of Stanley Kubrick,” Khammar said of the new documentary. “With this film, I knew I wanted to dispel the rumors of who Stanley Kubrick really was.”

What surprised him the most?

“That he wasn’t a recluse, that he was friendly and outgoing,” Khammar said.

Actors Ryan O’Neal (Barry Lyndon), Malcolm McDowell (A Clockwork Orange), Dominic Savage (Lyndon) and Leon Vitali (Lyndon) discussed both their love for, and exasperating moments with, the director who many have called a genius.

O’Neal met him first in a hotel in London.

“I heard he never left his home, but there he was,” O’Neal recalled. “I just thought he was magnetic from the very get go.”

McDowell said he made an immediate impression.

“You couldn’t get past the very black piercing eyes, boring two holes right through you,” he recalled. “He had such a gaze. He didn’t flinch.”

McDowell, who did a low-key, funny impression of Kubrick, recalled how the famous “Singing in the Rain” scene in Clockwork Orange developed.

“We suddenly came to a scene that was not really written,” he said. “We were sitting around for five days. Nothing happened.”

He said Kubrick asked him, “Can you dance?”

“I can’t dance, but I just said, ‘Can I dance?’ and starting doing ‘Singing in the Rain,’” McDowell recalled, and that rendition became a striking contrast to the violence in a scene of rape and beating.

“I think that it was the first time where a major filmmaker has made a movie with a central character who was an immoral person,” McDowell noted.

Kubrick, no doubt, was a perfectionist, who exerted strong control over the filmmaking process. O’Neal, who said making Barry Lyndon was “an ordeal,” recalled having to whip Savage (a child at the time) and Kubrick enjoining him to whip harder (Savage said he cried because he liked O’Neal so). He also recalled Kubrick having crewmembers pull a carriage because horses made too much noise. McDowell remembered breaking a rib in a scene and having to stay completely still to accommodate a special lens. Kubrick famously asked for numerous takes, actors recalled.

Setting up a shot also was laborious.

“It took him a long time to light it,” O’Neal recalled of the candle-lit scenes in Lyndon. “If we didn’t get the take, we had to blow out the candles and start with new ones, and sometimes that was a hundred.”

But it was worth it.

“Of course, the man’s a genius. What can you say?” McDowell said.

Despite it all, those who worked with Kubrick have fond memories.

“He would just talk to you like there was no one else around,” said Vitali, who after Lyndon went on to work behind the scenes on many Kubrick films. “He was so quiet and so intimate really.”

“There was something incredibly gentle, and it filled you with confidence,” Savage said. “He empowered you.”

While some of the films may not have been well received initially, they are now acclaimed, Vitali noted.

“After we finished Barry Lyndon … [Kubrick] showed me all the original critiques of 2001, the quotes, and then he showed me the same people having gone back to see the film some time later, and it was like night and day,” he said. “What they thought was boring in 1968 suddenly was like mind-blowing in 1975, and that’s happened with Barry Lyndon and it’s happened with Eyes Wide Shut.

“They have legs on them, these movies.”