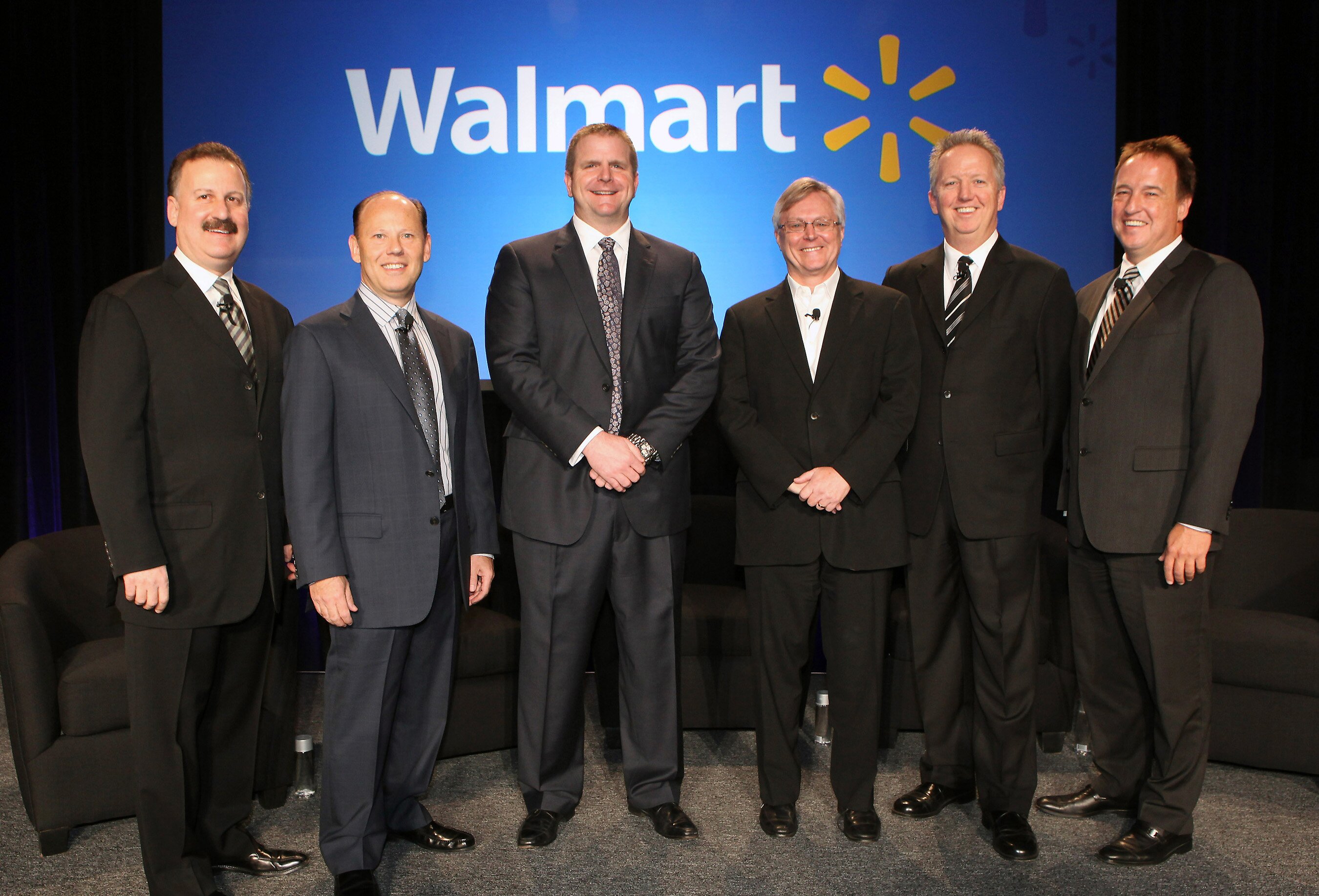 HOLLYWOOD, Calif. — In a move intended to both prolong the life of physical disc and capitalize on the shift to digital content, Walmart and five major studios unveiled a major retail initiative March 13, one that allows consumers to take their existing DVD and Blu-ray Disc library and transfer them into digital files stored in a cloud-based Internet storage system accessible through compatible consumer electronics devices.

The move complements Hollywood's UltraViolet initiative, which allows buyers of new Blu-ray Discs to send a copy into a cloud-based digital locker that they can then retrieve at any time for viewing on any device, from a TV to a smartphone. The Walmart move extends that capability to movies the consumer already owns.

Starting April 16 consumers will be able to bring the physical discs they already own into more than 3,500 Walmart stores and pay $2 to have digital copy assigned to them. DVDs can be uploaded to high-definition files for $5 per title. A $2 Blu-ray digital transfer will be in high-def, and can be viewed in either 720p or 1080p, depending on a users' bandwidth, Walmart representatives said.

Seong Ohm, SVP and GMM for Walmart Entertainment, said “a lot” of research showed the price point was the “sweet spot” for consumers, adding some people were willing to pay more.

All digital files uploaded through Walmart will be accessed through the chain’s Vudu transactional video-on-demand and electronic sellthrough website, . All content uploaded to Vudu, in addition to files purchased separately, also will be available on the industrywide cloud-based storage platform, UltraViolet.

UltraViolet, which has more than 1 million users since its soft launch in October, allows consumers to access a digitally stored copy of their purchased content available on most any device.

Chris Nagelson, VP of entertainment merchandising for Walmart, said discs that undergo the digital conversion will be stamped in the middle of the disc to prevent copies from being converted twice. Employees will verify the disc with a barcode, and if the film is available via UltraViolet, will make a version available on the consumers’ UltraViolet account. If the disc in question is not available for UltraViolet, consumers can have an email sent to them, notifying them when it is.

Consumers must sign up for a Vudu account to do conversions, though Walmart employees will do it for them on site, requiring only a phone number and an email address. Consumers will then receive a Vudu membership card.

Tom Adams, senior principal analyst for U.S. media at IHS, praised the program as a way for consumers to find more value in digital. “[UltraViolet] might well have slowly gained momentum just based on putting your new purchases in the cloud,” he said. “This has to potential to speed up acceptance considerably.” He called the two-tier pricing "great marketing thinking."

"And the in-store approach rather than in-home makes it clear someone is providing you a service — and at a very cheap price,” Adams said.

Ron Sanders, president of Warner Home Video, said the initiative will bridge the technical gap between consumers’ “passion for film and their content and passion for their devices.”

“We think it’s a game changer,” he said. "This is a huge first step ... in the evolution of the [home entertainment] ecosystem.”

He called the consumer awareness campaign behind the initiative “on the scale of a blockbuster film launch.”

John Aden, EVP for general merchandising at Walmart, said the service would remain an in-store endeavor at Walmart photo centers, without an online option for digital conversion, for the foreseeable future.

“Walmart Entertainment’s new disc-to-digital service will allow our customers to reconnect with the movies they already own on a variety of new devices, while preserving the investments they’ve made in disc purchases over the years,” he said. “We believe this revolutionary in-store service will unlock new value for already-owned DVDs and will encourage consumers to continue building physical and digital movie libraries in the future.”

Dennis Maguire, president of Paramount Home Media Distribution, said the retailer is the perfect place to start the disc-to-digital initiative, pointing to Walmart’s reach of 140 million consumers per week.

“Consumers today want new and flexible ways to enjoy movies and Walmart’s disc-to-digital program will be another important avenue to introduce Paramount movies on this new platform to a broader, more comprehensive audience,” he said, adding that other retailers will likely follow.

David Bishop, president of Sony Pictures Home Entertainment, sitting with his fellow studio home entertainment presidents in the same room where the very first Academy Awards were held, called it a “milestone.”

“With the launch of this pioneering service, Blu-ray and DVD buyers are afforded both the opportunity and the affordability to future proof their movie collections and assemble their own digital libraries that can be easily stored and accessed through their own UltraViolet cloud for viewing anywhere, anytime,” said Craig Kornblau, president of Universal Studios Home Entertainment.

Walmart employees will begin training on the new service in a couple of weeks, with both photo service employees and employees behind the Connections Center able to help consumers. Trained employees will be armed with a standards and procedures manual, Walmart representatives said.

“Those associates are really used to those type of transactions,” Nagelson said, adding that those employees are used to handling phone and photo services.

“When we started this process we all recognized that Americans have invested lots and lots of money into building these great DVD libraries,” Aden said. “By being able to do this in the store we can actually help lots of people in America who have never owned anything digitally understand the benefits of that, and at same time compliment physical discs.”

BTIG Research analyst Richard Greenfield said the high-definition transfer fee is half what he was expecting. He reiterated previous sentiments that the upload fee should be free to consumers as an incentive to join.

"Walmart would benefit from increased store traffic, while studios would encourage consumers to set-up UV lockers," Greenfield wrote in a .

The analyst isn't sure how Walmart will get around don't disappointing consumers bringing in Disney discs. The studio is not participating in the rollout of UltraViolet.

"Given that consumers do not know which studio makes their movies and [in-store signage does] not say don’t bring your Disney movies in, we are curious if consumers will be frustrated by the inability to convert Disney content (and how the marketing campaign will address this it)," Greenfield wrote.

Russ Crupnick, SVP of media analysis for The NPD Group, said he would like to see Walmart try an intro trial program or perhaps a club program to ensure continuity, but overall said the program looks like a positive move.
"If a consumer tries one and uses the heck out of it it's a bargain," he said. "And there's something to be said for the future-proof aspect, even it means consumers feel they can free up some space in the TV room. A lot is going to depend on how frictionless the in-store experience is and how well associates can explain the process. If it's like dropping off film for processing — remember those days? — that's a good thing."

For images about the initiative and announcement, click here.