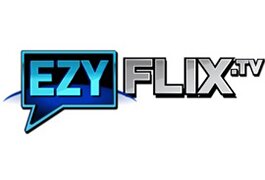 Digital platform was first UltraViolet service down under

EzyFlix.tv, the Australian online movie store, has ceased operations, according to an Aug. 18 posted on its website by corporate parent Access Digital Entertainment. No reason for the shutdown was given.

EzyFlix was the first service to offer Aussie consumers digital copies of packaged media stored in the cloud, in addition to UltraViolet functionality.

“[We have] decided to end the service offered on this site. If you have rented or purchased any movies or TV shows, these movies are no longer available on EzyFlix,” read the message.

Scuttlebutt suggests EzyFlix is the first casualty of Netflix’s arrival in March, which included service launch in New Zealand. While the two business models differed in regards to subscription streaming and transactional VOD, the Aussie market isn’t big enough to support both.

Take Quickflix, the country’s first by-mail disc rental and subscription streaming service, which currently is trying to save itself with a Chinese partner.

Foxtel, which is 50% owned by Rupert Murdoch’s News Corp., operates both cable and satellite TV operations to about 2.8 million subscribers.

CEO Richard Freudenstein recently told the media he believed there was room in the Aussie market for both SVOD and pay-TV.

“There has been a lot of hype around SVOD and clearly some big early numbers but over time people will realize there is a big difference between SVOD and a Foxtel service,” Freudenstein said. “We are investing in more Australian content … and we show more first-run programs across our platforms in a week than Netflix does in any year. There is absolutely room in Australia for both SVOD and Foxtel to grow.”