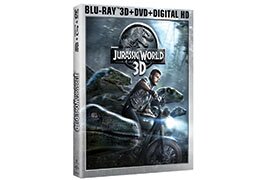 The fourth film in the “Jurassic Park” franchise has taken in more than $1.6 billion globally ($639.6 million domestically) to become the third-highest grossing film in history. The film is returning to Imax theaters for a limited time Aug. 28.

Extras common to all the disc versions include deleted scenes, the behind-the-scenes featurette “Dinosaurs Roam Once Again” and the featurette “Chris & Colin Take on the World,” in which Pratt and Trevorrow interview each other about the franchise.

The 3D and 2D Blu-rays will be offered in both regular and steelbook packaging. Extras exclusive to the Blu-rays include “Jurassic World: All-Access Pass”, in which Pratt and Trevorrow discuss key moments in the film, supported by behind-the-scenes footage and VFX breakdowns; “Welcome to Jurassic World,” an in-depth look at the creation of the film, with discussions with Trevorrow, executive producer Steven Spielberg and cast members; a tour of the Innovation Center set with Pratt; and “Jurassic’s Closest Shaves,” featuring clips of near-death dino encounters from all the films in the franchise.

In addition, Universal is releasing a Jurassic World limited-edition gift set ($119.98) that includes 3D, Blu-ray, DVD and UltraViolet copies of the film with a statutette depicting the battle between the Indominus Rex and the Tyrannosaurus Rex. 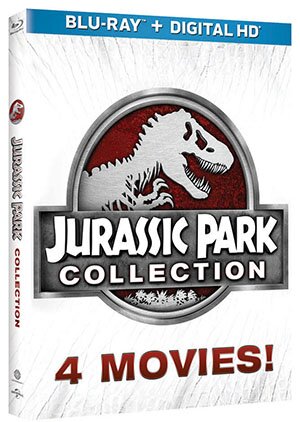