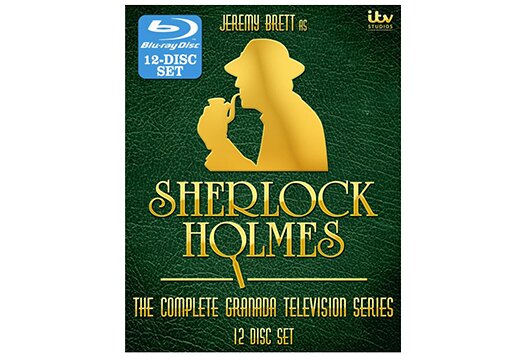 Episodes in the set include "The Red-Headed League," "The Final Problem," "Wisteria Lodge," "Silver Blaze," "The Master Blackmailer" and "The Cardboard Box," among others.

Also included are the full-length mysteries The Hound of the Baskervilles and The Sign of Four.