From 1963 to 1989, Filmation Associates produced hundreds of hours of popular entertainment, with animated series such as “Bravestarr,” “The Groovie Goolies,” “The Archie Show,” “Fat Albert and the Cosby Kids,” Superman,” “Star Trek” and live-action series such as “The Secrets of Isis.”

BCI’s recent acquisition of many of these classic shows has paved the way for their release on DVD.

Following the success of the “He-Man” DVDs, the newest additions to BCI’s Filmation DVD library are “She-Ra: Princess of Power” and “Flash Gordon.”

Filmation co-founder Lou Scheimer, long after selling his rights to the shows and settling into retirement at 77, couldn’t be more pleased.

“It feels good to see these characters coming back to entertain a new generation,” says Scheimer says. “I love these shows.”

Scheimer says he was a fan of the Flash Gordon character growing up.

“I was able to get the animated rights from King Features,” he says.

NBC ordered a prime-time animated movie, which was spun off into a Saturday morning show. 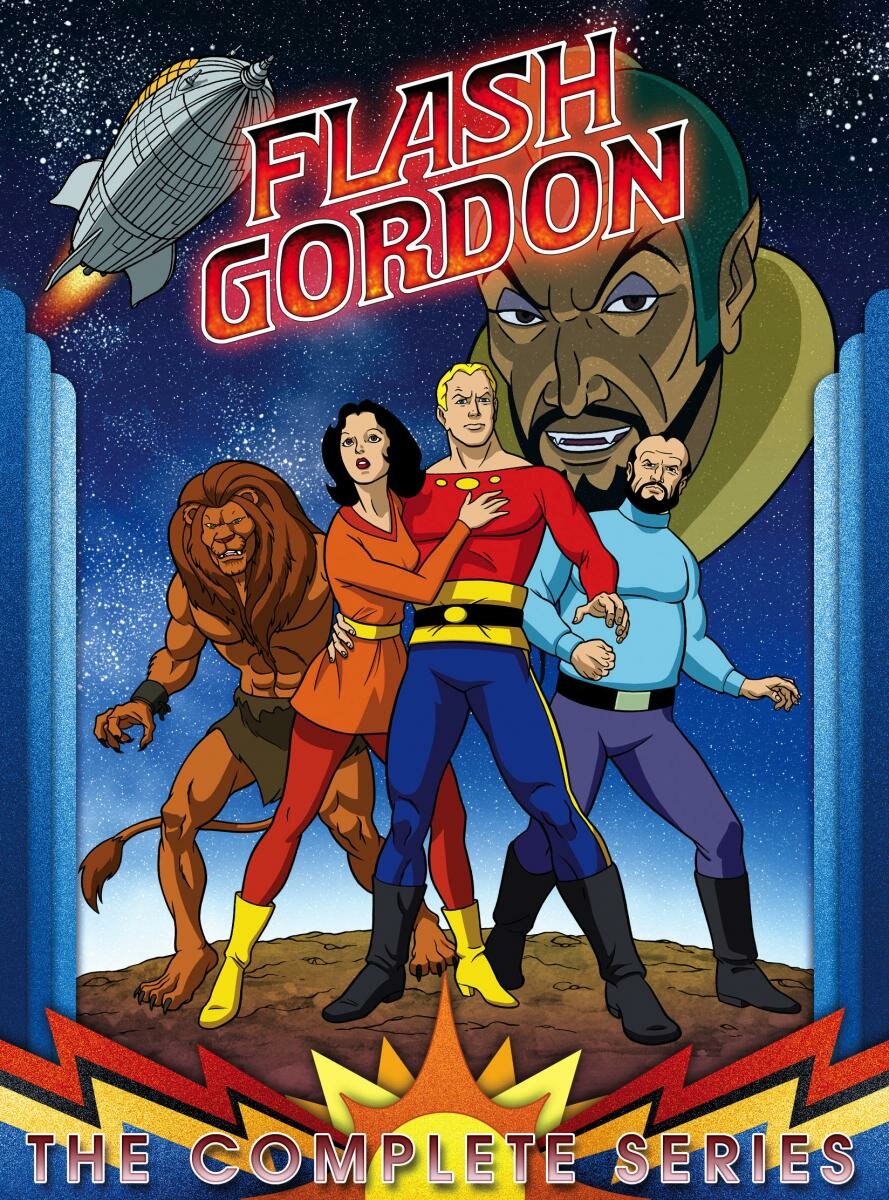 However, the constraints of a weekly network schedule led to only 24 episodes of “The New Adventures of Flash Gordon” being produced from 1979 to 1981.

“She-Ra” began as a spinoff of the popular “He-Man and the Masters of the Universe” cartoon, which itself was based on the Mattel toy line of the same name.

Scheimer says when Mattel first pitched the series, the toys were an assortment of good and evil characters based on “Conan the Barbarian.”

‘He-Man was this guy who comes out of the forest waving a sword,” Scheimer says. “I told them that wouldn’t work as a cartoon.”

Given creative freedom, Filmation crafted a new mythology for the character. He was given a dual identity as Prince Adam, son to the King and Queen of Eternia. A magical sword gave him his powers as He-Man.

The bad guys were unified under the rule of the scheming Skeletor.

“Kids love a goofy villain,” says Scheimer, who lent his voice to Orko and several other characters.

Filmation’s experiences with networks, which involved low episode output despite several years of work, led to the decision to distribute “He-Man” in first-run syndication, which let the studio decide the episode run. Filmation made 129 episodes of He-Man from 1983-84, none of which were actually financed by the toy company.

“Mattel was thrilled with the ‘He-Man’ show,” Scheimer says. “They ended up selling $2 billion worth of toys those first two years and they wanted to do something for girls.”

As with He-Man, the dolls didn’t lend themselves to a good cartoon. “They wanted perfumy sweet stuff, like Barbie in the future,” Scheimer says. “We came up with the idea of relating it to ‘He-Man.’”

She-Ra became He-Man’s long lost twin sister. For the villains of the new show, Filmation used The Horde, a new line of baddies for the “Masters of the Universe” toys that had yet to be introduced on the show.

From 1985-87, Filmation produced 93 episodes of “She-Ra” and “He-Man and She-Ra: A Christmas Special,” which BCI already has released on DVD. In addition to the “Best Of” DVD, BCI will release the entire run of “She-Ra” in three volumes over the next year.

“The audience loved those characters,” Scheimer says. “People wrote to us all the time.

In one example, Scheimer says a mother called to say her 3-year-old daughter came forward with a problem after hearing She-Ra talk about it in one of the trademark public service announcements that follow the episode.

“When you hear something like that, you feel good,” Scheimer says. “It really was all about empowering kids.”

Scheimer says the relationship between the “He-Man” toy and cartoon bastardized the industry.

Scheimer wanted to produce a third series, called “Hero: Son of He-Man,” which would focus on He-Man and Teela’s son. Mattel didn’t agree. As a result, Scheimer had nothing to do with subsequent He-Man projects, including a live-action movie with Dolph Lungren as the most powerful man in the universe and Frank Langella in a rubber mask as Skeletor.

“It was a piece of shit,” Scheimer says.