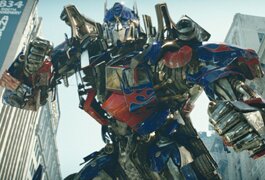 Last week will go down in history as Blu-ray Disc’s coming-of-age party. Paramount/DreamWorks’ two-disc special edition of a catalog title, Transformers, debuted at No. 3 on the national sales chart, primarily because of strong sales on Blu-ray Disc.

Indeed, more than two-thirds of the first-week sales total was generated by the Blu-ray Disc version, according to Nielsen VideoScan First Alert data. Transformers was initially released a year ago on DVD and HD DVD only.

Not surprisingly Transformers also topped the Blu-ray Disc First Alert sales chart for the week ended Sept. 7, with the second-ranked Blu-ray Disc seller, Walt Disney Studios’ The Nightmare Before Christmas, moving just 13% as many units as Transformers its sophomore week in stores.

Overall the top home video seller for the week was Universal Studios’ season-four TV DVD release of “The Office,” while Disney’s direct-to-video sequel The Little Mermaid: Ariel’s Beginning continued to rack up strong sales its second week in stores, finishing at No. 2.

On Home Media Magazine’s video rental chart for the week, 20th Century Fox’s What Happens in Vegas remained in the No. 1 spot for the second consecutive week, experiencing a slight dropoff in rental activity of just 17% from the previous week. Another Fox title, Street Kings, repeated at No. 2, while Sony Pictures’ Prom Night finished at No. 3.