<< Studios Are the King Makers | Blog Home | Preparing to ‘Transform’ >> 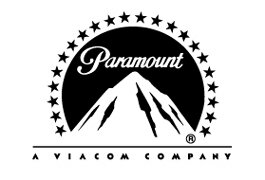 I’ve gotten a lot of calls today concerning the shakeup over at Paramount, ranging from “What the hell happened?” to “What does it mean?”

What happened is this: Paramount put all channels bringing entertainment into the home under one roof, in a new division, Paramount Worldwide Home Media Distribution, headed by Dennis Maguire, previously president of Paramount Home Entertainment.

What does it mean? It means the powers that be at Paramount are exhibiting a great deal of common sense.

One thing we learned earlier this year, when we were compiling our “Digital Drivers” section: The studios are all over the place when it comes to categorizing digital distribution. Some put it under the TV group; others, home video; and still others, on its own platform, separate but equal to TV and home entertainment.

In creating its new Worldwide Home Media Distribution division, Paramount has taken a bold step toward integrating its various into-the-home distribution channels and putting one guy, an industry veteran known for his team-building and ability to work well with others, in charge. Dennis Maguire is hardly a polarizing figure; he’s a universally respected, and accepted, executive who doesn’t have sharp elbows and, quite frankly, knows his stuff. He’s worked his way through the Disney home entertainment boot camp — which has produced myriad other talented executives, from Universal’s Craig Kornblau to Paramount’s own Mary Kincaid — and emerged as something of a statesman, if you will, in our industry.

Of course, he’s got a monumental task ahead of him, figuring out the direction our business is going and aligning the various delivery and distribution mechanisms now under his control to maximize value to both studio and consumer.

But at least he’s got a starting point, a general direction from which to begin.

As one observer put, Paramount finally has a blueprint. Now, it’s time to start building the house. And while there may be many design changes up ahead, at least there’s a solid framework for what’s to come.