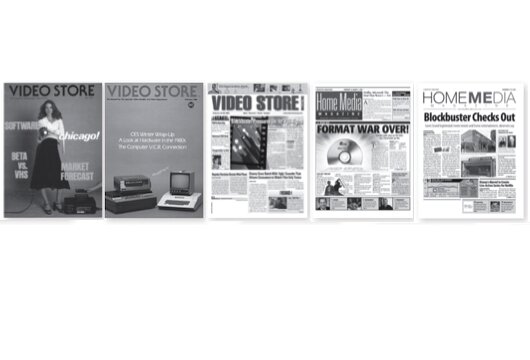 I'm writing this from the outdoor patio at the Ritz Carlton in Marina Del Rey, Calif., where I have just finished speaking on a panel discussion on OTT, subscription streaming and how Netflix, in the words of one panelist, "is eating everyone's lunch."

Reflecting on the 35 years that Home Media Magazine, originally Video Store Magazine, has been covering home entertainment, the changes in our business truly have been monumental since the late Stuart Karl launched a trade magazine to cater to the growing flock of video rental stores that were popping up in the wake of that pivotal moment the year before when Andre Blay licensed 50 movies from 20th Century Fox and released them on videocassette.

The very concept of "streaming" would have seemed like something out of “Star Trek” to the early readers of Video Store Magazine back in 1979, those Neanderthal days before the Internet and the personal computer.

"Connected" meant ties to organized crime, "content" meant you were satisfied and "digit" anything made you think of fingers and thumbs.

And yet, at the same time, lots of things have not changed — fundamental, bigger-picture things that call to mind the saying, "The more things change, the more they stay the same."

The studios, as lords of filmed entertainment, still want ultimate control over that entertainment — and they prefer clean, neat sales transactions directly to the consumer, with no middle-man, no sharing of the spoils. In 1979 they battled mom-and-pop rental stores over the right to rent; today, they're pushing electronic sellthrough to consumers in love with Netflix and that infernal subscription streaming genie the studios wish they could somehow cram back into the bottle.

On the distribution side, there's still someone who's eating everyone else's lunch — Netflix today, Blockbuster a generation ago.

And among consumers, there continues to be a rabid appetite for entertainment that seems to be increasing now that our TVs are connected and our smartphones function as mini-home theaters.

That, and a burning desire to have that entertainment delivered on demand as cheaply and as simply as possible. VHS opened the door to consumers being able to watch what they want, when they want, where they want. DVD made things even easier, with its low sale price (no need for a return trip to the rental store) and random access. Netflix simplified the process even more with its by-mail subscriptions — heck, now you didn't even have to leave your home. And with subscription streaming the process of watching on-demand entertainment is even easier and cheaper than it's ever been.

What's going to be the next step in this steady progression of ease and simplicity? I have no clue — and yet I can't wait to find out.