Breaking Through: An Independent View 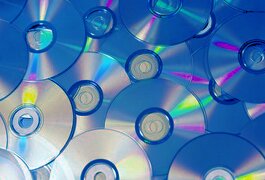 The right combination of disc and digital releases is the ticket

For independent suppliers, getting your product noticed isn’t an easy thing nowadays. Amid all the noise major studio product makes, the indie suppliers say they have to work extra hard to get noticed.

However, with the right combination of physical disc and a strong presence in the online world, indies are making their way in the home entertainment world. Home Media Magazine chatted with several indie companies to get their take on DVD, Blu-ray Disc, UltraViolet and the growing online digital world.

For all the mixed things heard about the DVD industry, most independents said their DVD business is up or at least stable.

DVD has been doing “very, very well” for Mill Creek Entertainment, according to president and COO Ian Warfield.

“We’ve seen double-digit growth every year since we started, and that’s largely due to expanding our customer base, expanding the categories of DVDs we’re involved in and acquiring top catalog content as well,” he said.

Movie compilations and original documentaries have been hot sellers for Mill Creek, and titles licensed from Disney and Sony also have sold well, Warfield said.

Tom Sladek, head of home entertainment for Oscilloscope Laboratories, said catalog is doing much better than expected, and overall DVD “has been flat to up slightly.”

Joseph Amodei, CEO and president of Virgil Films, said that while streaming, electronic sellthrough and video-on-demand are becoming increasingly important, “DVD still has life and is certainly not going away.”

However, not everything is rosy for indies.

Linda Voutour, EVP at Wolfe Video, said that while demand for the gay genre is “holding well,” year-to-date sales for her company have decreased “a tiny 6%.”

“This genre has always been supported well by sellthrough to collectors of our films,” she noted.

Sales of some of Wolfe’s recent films — Mosquita y Mari, A Perfect Ending and Gayby — “exceeded our expectations,” she said.

“However, it should be noted that Wolfe sales are heavily supported by a lot of targeted marketing and PR,” Voutour added. “We heavily book our films into film festivals nationwide, and limited theatrical is increasingly an important element in our release strategy.”

“We continue to enjoy our strong following with gay-themed comedies and dramas with sex appeal,” he said. “Foreign films are very difficult, which is frustrating because there are so many good ones.”

Phase 4 CEO Berry Meyerowitz summed it up best for the indies: You’ve got to diversify.

“Our growth is driven by our expanding profile of titles and incubation of the digital model more than outright growth in productivity on a per-title basis,” he said.

Blu-ray Too Risky for Indies

While indie DVD is all over the map, Blu-ray is simply not something most independents factor in to their businesses.

“We kind of passed on Blu-ray; we just didn’t see the demand for our area,” FilmWorks’ Meier said, saying independents have to look at it on a case-by-case basis. “As a strategy as a company, we’ve stayed away from it, hopped over it, went to digital, and that seems to be working.”

Oscilloscope’s Sladek said arthouse and specialty titles “don’t always work” for high-def, and Wolfe’s Voutour said indies need to be very conservative when it comes to putting out an indie film on Blu-ray.

“We’ve only released a couple of Blu-rays,” said Ariztical’s Shoel. “Unfortunately, we’ve rarely enjoyed support from mainstream big-box stores, and without ability to reach the mass market, the chances of recouping for a Blu-ray we find minimal.”

Virgil’s Amodei put it more bluntly: “Blu-ray has not raised the bar for us at all.”

“We use it for suitable genres of high-potential titles where we are confident we can gain multiple facings at retail,” Phase 4’s Meyerowitz added. “We also provide this format selectively to our retail partners to service their objectives of delivering this format to consumers as needed.”

“We’ve had some ho-hum performance, but I think that’s indicative of what we’re hearing across the channel,” Warfield said. “Bestseller new releases are dominating [Blu-ray], and outside of that, special interest is the next strong category.”

The major studios have dominated UltraViolet, the buy once, play anywhere, cloud-based digital content service. And that’s not going to change anytime soon. But almost every indie said it doesn’t make sense for them to get into UltraViolet.

Indican said there isn’t enough demand, Oscilloscope and Phase 4 are in wait-and-see mode, and Ariztical’s Shoel called it “a great concept” that “could make more sense in the future, provided it gets accepted in the marketplace.”
“It seems to be only viable for major studios, but eventually that could likely change,” he added.

VCI and Virgil said they have no plans to get involved.

“I don’t think it makes sense [for independents],” Mill Creek’s Warfield added. “There’s still a lack of recognition on the part of the consumer of what UltraViolet is and how to access it. And I think some more-established methods of accessing content online, like subscription and rental, dominate right now.”

FilmWorks’ Meier disagreed regarding UltraViolet, saying independents could find a home for their product with the service.

“[Consumers] just want access, and any time we can participate in an emerging technology, it’s a good thing,” she said. “You and I will have to wait and see how it turns out, but there is value there.”

While UltraViolet may be off the table for independent distributors today, the online digital world is proving to be a huge savior for many indies’ bottom line. Streaming has become more significant for pushing their content, many agreed, but it’s VOD and EST that’s really helping them profit.

“It’s definitely lucrative,” Indican’s Hill said, pointing to iTunes and Amazon as the top outlets for his company. “We’ve been able to solidify a broader consumer reach, but it’s still growing.”

VOD and EST have done wonders for FilmWorks, generating “quite a bit of revenue,” and streaming outlets such as Hulu have helped lift the company’s titles as well. Niche online outlets are growing, helping independents push their product, she added.

“Streaming, VOD and EST are extremely viable businesses for Phase 4 and have been growing exponentially year-over-year,” Meyerowitz said.

Mill Creek has a couple of Roku channels, covering war documentaries and fitness, and distribution through iTunes has also proved successful for the company.

“It’s a very strong, opportunistic market for us,” Warfield said.

Amodei said streaming and VOD is the fastest-growing division for Virgil; Wolfe has seen its VOD sales nearly double during the past year; and Oscilloscope reported growth across all digital platforms. VCI recently made a deal to expand its digital business across all platforms, and Ariztical has seen growth with its product at Amazon, Netflix, iTunes and a host of assorted independent sites.

“In some respects, I see the independent streaming sites as possibly the retailers of the future,” Ariztical’s Shoel said. “There is so much specialized content that sites focusing on titles that get lost or aren’t included by the major streaming companies may find a home and get started in the same way that they did at independent retail video stores years ago.

“For several years we put a lot of energy into setting things up with virtually no return, but over the last year income from streaming has become a significant chunk of our bottom line.”

It’s a good thing independents had so much good news to share regarding digital, because the brick-and-mortar situation is anything but bright, most indies concurred.

“We have to prove to the retailers we’re worth making space for,” FilmWorks’ Meier said. “They’re becoming more and more limited in their physical footprint in stores, and the result of that is they’re becoming more conservative with their buying, going with product that they know will sell.”

Rental is still there for FilmWorks, but it depends on the title, Meier said. There’s still some business with the shrinking brick-and-mortar rental outlets, but “it’s hit and miss, depending on what we’re releasing. It’s not what it used to be because there just aren’t that many players anymore.”

Voutour said Wolfe is still finding placement at some major brick-and-mortar chains, but Sladek said Oscilloscope is always fighting for attention among the retailers.

“If you’re talking only about hard goods, then it’s been extremely challenging as the marketplace contracts,” he said. “Still, the outlets who are well-established and committed to the format have for the most part been supportive.”

“We are honest with ourselves and our licensors on where the opportunity is on a per-title basis and construct our marketing and retail plans to specifically address the opportunity,” he said.