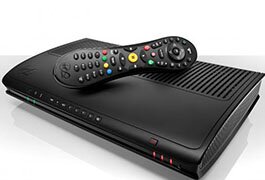 While the talks are preliminary, Mockridge envisions including a link to Amazon Prime via Virgin’s TiVo set-top boxes — a strategy it currently employs with Netflix and Spotify music service.

“We are open to Amazon Prime Instant Video and we have talked to them,” Mockridge said March 20 at the Broadcasting Press Guild event. “It’s a recent rebrand for them so they’re working out their position on this.”

The CEO was referring to Amazon’s decision to rename LoveFilm Instant to Amazon Prime.

While Netflix has about 2 million subscribers in the United Kingdom and Ireland, according to IHS, most Virgin Media subs linking to Netflix via TiVo boxes already subscribe to the SVOD pioneer.

“We’re the only supplier that really has the capacity you need,” Mockridge told The Guardian. "We have talked to [Amazon and] we are certainly open to it, [but] it takes two to tango.”