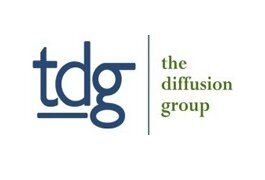 It won’t be disc or broadcast that drives consumer adoption of 4K Ultra-HD content, but instead streaming services and improved Internet technology, according to a new report.

U.S. consumer broadband speeds have improved, with average residential connection speeds topping 10 Mbps, making a majority of American broadband households capable of streaming 4K, according to a report from The Diffusion Group (TDG). That combined with improved video streaming technologies will make streaming services like Netflix the main driver of 4K content, the report reads.

"Only a few years ago the idea of streaming 4K video over the Internet seemed impossible," said Joel Espelien, TDG senior advisor and author of the report. "Much has changed in a very short period of time.

"This combination of improved residential broadband throughputs and next-generation codecs will open up a large swath of broadband homes that would otherwise be 'on the bubble' with respect to 4K streaming."

Though still in its infancy, the next-generation codec HEVC (H.265) can offer bandwidth savings of between 25% and 50%, compared to today’s AVC codec. Espelien said that’s the difference between needing a 15 Mbps and a 10 Mbps stream to deliver 4K content. MPEG-DASH also promises to modify video resolution dynamically, “adjusting in real-time to device capabilities and bandwidth conditions,” according to TDG.