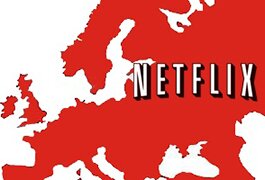 The tally, which is an upgrade of 2.6 million subs since the end of the third quarter, does not include the subscription streaming pioneer’s pending 2015 launches in Australia and New Zealand. Indeed, more than 200,000 Australian homes already subscribe to Netflix via backdoor links to a U.S.-based virtual private network (VPN).

DTVR said it made the calculation based on adjustments that include higher subscriber numbers in South America and Canada.

Interestingly, DTVR said subscriber numbers are actually lower in the United Kingdom and Scandinavia due in large part to revised estimates.

“We have slightly downsized our Nordic figures but not by too much. I know that others have given higher numbers for the Nordics (and some even lower), but we think that they are too high,” Murray said.

He cautioned there is an economic slowdown expected in South America, especially in Argentina and Venezuela, which he said could negatively affect Netflix sub growth going forward.

Meanwhile, DTVR said the number of free trial international subscribers topped 1.4 million in September, which was slightly higher than the 1.2 million trial subs at the end of 2013 and 2012; and 411,000 subs in 2011.

“The [data] shows the number of non-paying members is as high as it has ever been, but it is not as high as some suggest. We believe that much of the increase in the quarter to September was down to the expansion in six new European markets,” Murray said.