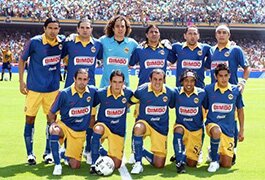 The 13-episode unnamed comedy is based around the sport of soccer in Mexico and centers on a family feud among heirs of a club after the owner’s death. It is directed by Gaz Alazraki, who helmed Nosotros los Nobles, one of Mexico’s biggest domestic box office hits, and stars Luis Gerardo Mendez, among others.

The series is being created by Alazraki’s production company, Alazraki Entertainment.

“We’re confident our members in a market as important to us as Mexico and Latin America will love this family comedy,” Netflix chief content officer Ted Sarandos said in a statement.