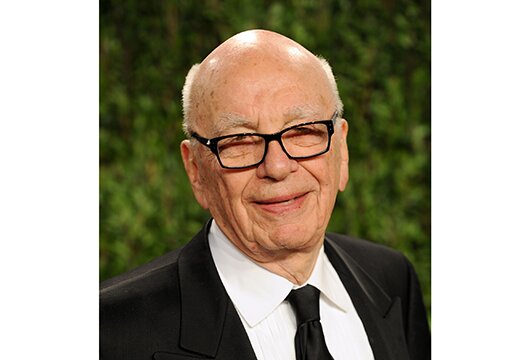 Veteran media executive wants Hulu to be that competitor

21st Century Fox Inc. CEO Rupert Murdoch has seen the future of television viewing and he doesn’t like it.

Speaking Oct. 29 at WSJD Live confab in Laguna Beach, Calif., the 83-year-old media baron said rapid expansion and growth of subscription streaming services, led by Netflix and Amazon Prime Instant Video, have shaken up the TV industry on a global scale — and need to be countered.

He believes HBO’s recent announcement of a direct-to-consumer streaming service slated to launch in 2015 will be priced around $15 a month and will take a while to get established with consumers.

The executive’s real solution, of course, is Hulu Plus, the SVOD adjunct to Hulu.com, both of which are co-owned by The Walt Disney Co., Comcast and Fox. Murdoch said disagreements with Disney on the future of Hulu are in the past, with both companies now working together regarding the service’s future.

Comcast, by virtue of regulatory mandates established with the acquisition of NBC Universal, is a silent partner in Hulu.

Murdoch, without being specific, contends Hulu (and Hulu Plus) need to put the pedal to the metal taking on Netflix and Amazon with content offerings, something the service — under new CEO Mike Hopkins — is doing through an ambitious slate of original programing and exclusive third-party content licenses.

Indeed, Hulu just re-upped a streaming agreement with Viacom for programing from Nickelodeon, Comedy Central, MTV, VH1, TV Land, Spike, BET and Logo TV. On Oct. 30 Hulu announced it is working with director Jason Reitman (Up in the Air, Juno) for “Casual,” a 10-episode, half-hour comedy series that follows the story of a dysfunctional family with a bachelor brother and his newly divorced sister.

Perhaps Hulu’s biggest content coup was in September when it announced exclusive streaming rights to all 17 seasons of “South Park,” in addition to next-day episode access to the current 18th season.

“We’ve had a difficult partnership [with Hulu’s co-owners]. Now I think we’re all on the same page and we’re going to drive [Hulu] as hard and as fast as we can,” Murdoch said. “As an industry, we need a competitor, a serious competitor to Netflix and Amazon.”

Hulu Plus Gets 'Manhattan' Project