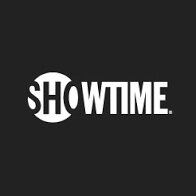 “You’re going to see similar [Showtime OTT] announcements from us in the coming months,” Moonves said. “OTT [video] is something that’s on everybody’s mind. We’re entering into a new age.”

Moonves said CBS has talked with existing broadcast partners as well as digital players, which could include Roku, Google Chromecast and Amazon Fire TV, among others.

Moonves echoed comments made by Time Warner CEO Jeff Bewkes regarding concerns from MVPDs about the potential impact OTT video could have on their businesses. Moonves said he was surprised HBO’s exclusive deal with Apple TV was only for 90 days and did not include cable, satellite or telecom distributors.

“While there was a bit of [MVPD] interest in [OTT video], I think the floodgate is now open. We got a number of calls yesterday from both existing players and digital players we have talked to,” he said.

Moonves said OTT video will be a positive for premium channels like HBO and Showtime by opening up new revenue opportunities for their unique episodic programing — a mainstay of subscription streaming.

The executive said CBS is insulated from possible cannibalization of broadcast viewers by OTT due to its reliance on original programing versus distribution. Moonves said the days of the 150-channel universe in the home are changing rapidly.

At the same time, the CEO said CBS and Showtime programing will have to be included in whatever bundling evolves across all distribution channels.

“People are going to be slicing and dicing it in different ways. I don’t think there is any way shape or form anybody should look at [OTT video] other than a major positive for premium cable,” he said.