Comcast on April 5 announced that it has entered into a content licensing agreement with The Walt Disney Studios to start offering a selection of digital library titles and new releases, including Star Wars: The Force Awakens, through its Xfinity On Demand digital store.

Significantly, under the deal, Comcast also will join Disney's groundbreaking Disney Movies Anywhere service as a participating retailer, with an official launch to be announced on a later date.

Consumers can now buy the blockbuster "Star Wars" film, with a domestic gross of $935 million, the biggest U.S. theatrical release of all time, directly from their televisions or through the Xfinity TV website.

Over the coming weeks, the complete selection of popular new releases and celebrated classic films from The Walt Disney Studios will be available for purchase, contingent on license terms, and can be accessed through the cloud. The collection will include feature films from such popular Disney franchises as "Pirates of the Caribbean," Pixar’s "Toy Story" movies and Finding Nemo, as well as new hits such as Marvel’s Avengers: Age of Ultron, Pixar’s The Good Dinosaur and Walt Disney Animation Studios’ Frozen.

Through the Xfinity On Demand digital store, Xfinity TV customers have the ability to purchase movies and television shows — often weeks before they are available to rent or purchase on Blu-ray and DVD — stored seamlessly in the cloud.

The Disney Movies Anywhere component promises enhanced flexibility with each purchase. The cloud-based digital locker allows consumers to buy their Disney, Pixar, Marvel and "Star Wars" movies anywhere, and watch them across numerous devices and platforms. In addition, Disney Movies Anywhere members get access to special content, rewards and more.

Launched in February 2014, DMA lets consumers explore Disney’s library of more than 450 eligible digital movies, and watch their purchased digital movies on a wide range of devices. Using the free DMA apps and website, consumers can connect their DMA accounts with the many participating providers including iTunes, Amazon Video, VUDU, Microsoft Movies and TV and Google Play — and, soon, Comcast — and unlock access to their movie collections across such platforms and devices as  the iPhone, iPad, iPod Touch, Apple TV/Airplay, Amazon’s Fire tablets, Fire TV and Fire TV Stick, Microsoft Movies and TV service on Windows and Microsoft Xbox devices, Android mobile and tablet devices and Android TV, Chromecast and the Roku platform. 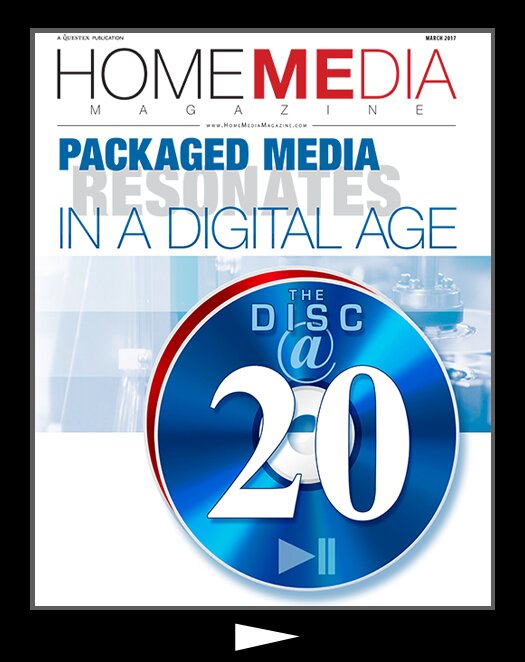