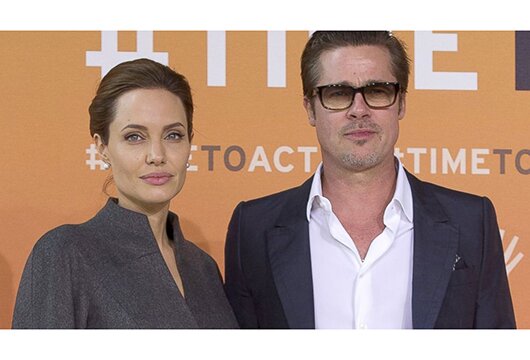 Netflix has announced that Angelina Jolie Pitt will direct a new Netflix Original Movie slated for release in late 2016.

The actress-director will helm an adaptation of First They Killed My Father: A Daughter of Cambodia Remembers, a harrowing memoir from Cambodian author and human rights activist Loung Ung about surviving the deadly Khmer Rouge regime in the mid-1970s.

Jolie Pitt will direct and produce the movie from a script she co-adapted with Ung. Cambodian director and producer Rithy Panh, director of the Oscar-nominated Best Foreign-Language film The Missing Picture, will also be a producer.

The project is personal for Jolie Pitt, who has an adopted son (Maddox) from Cambodia with husband Brad Pitt.

"I was deeply affected by Loung‘s book. It deepened forever my understanding of how children experience war and are affected by the emotional memory of it. And it helped me draw closer still to the people of Cambodia, my son‘s homeland," Jolie Pitt said in a statement. Maddox also will be involved in the production of the film.

Jolie Pitt, who is no stranger to shepherding socially-conscious films, including Bosnian war drama In the Land of Blood and Honey, said she welcomed working with Netflix on a project that might not have the commercial appeal required by major studios.

She recently directed Universal‘s Unbroken, based on the life of Olympian and World War II POW survivor Louis Zamperini.

"Films like this are hard to watch but important to see," Jolie Pitt said. "They are also hard to get made. Netflix is making this possible, and I am looking forward to working with them and excited that the film will reach so many people."

The film will be released in both Khmer and English.