Analyst: Netflix to Add 100 Million Subs in the Next Five Years 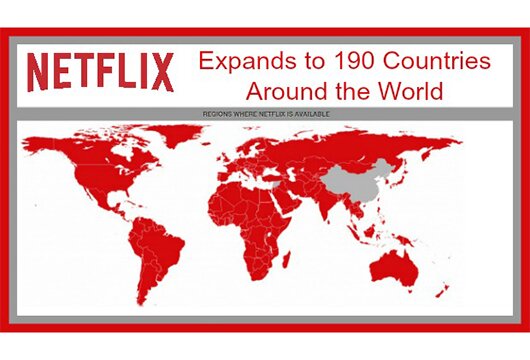 With Netflix available in 190 countries, the subscription streaming video pioneer is projected to top 175 million subscribers by 2020 — up 133% from 75 million subs at the end of 2015, according to new data from ARK Investment Management.

To reach that tally, ARK estimates the global broadband market will grow to 925 million households in 2020 from 750 million in 2014 — driven in large part by China.

To determine consumer interest in Netflix, the research firm cited GDP per capita compared to the United States, and data from Google Trends for the following content: “House of Cards,” “Daredevil,” “Orange Is the New Black” and Finding Nemo. The first three are original content for Netflix, while Nemo was used based on Disney’s pending exclusive pay-TV deal with Netflix and the assumption the pact would be expanded internationally.

Google data from 26 countries generated last November determined that interest in Netflix content was highest in Australia (100%) followed by the U.S., Canada and the United Kingdom. The content ranked lowest in interest in Japan, China, Iran and Vietnam.

“Interest was much higher in France than in Germany, reflecting Germany’s cultural aversion to pay-TV. Finally, the results did not measure interested based on Netflix availability. The Philippines and Poland stood out with strong interest despite not being currently served,” ARK analyst James Wang wrote in the report.

The U.S., followed by Holland and Australia, ranked atop developed countries most able to afford Netflix, while India, Vietnam and the Philippines ranked at the bottom.

As a result, ARK believes Netflix will reach more than 60% domestic household penetration in the next five years, followed by Australia, Canada, U.K., Holland and France all at 50% or above. China, Iran, India and Vietnam again bring up the rear with less than 10% broadband household penetration.

The report stated that Netflix must still prove itself in Asian markets (notably China and Japan), in addition to fending off burgeoning competition from Amazon Prime Video, HBO and other related regional and local competitors.